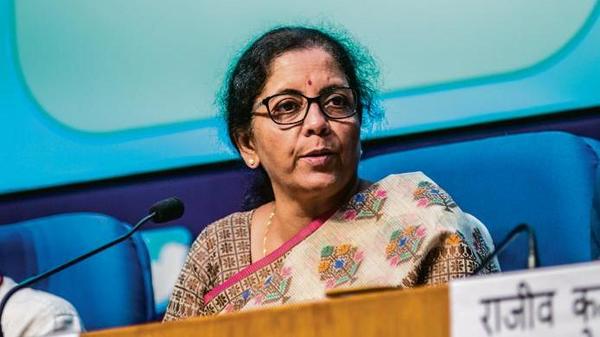 Mumbai: The proposed merger of 10 state-run banks into four entities is unlikely to ease credit flow to non-bank lenders since their post-merger exposure to the sector will continue to remain above their comfort level, experts said.

Finance minister Nirmala Sitharaman’s 30 August announcement on the merger and recapitalization of state-controlled banks raised hopes of better credit flow as restrictions on lending imposed by the Reserve Bank of India (RBI) on weak banks are likely to be lifted after their merger with lenders with stronger balance sheets.

While RBI prescribes exposure limits for a single borrower and a group of connected borrowers, it has left it to banks to decide their aggregate exposure to all NBFCs. “Banks may also consider fixing internal limits for their aggregate exposure to all NBFCs put together,” according to the central bank’s master circular on bank finance to NBFCs, issued in July 2015. The current exposure limit for a single NBFC stands at 20% of a bank’s tier-1 capital.

The 10-15% lending limit to the NBFC sector (expressed as a percentage of total loans) is more of an internal decision by banks as part of their risk management strategy, said Anil Gupta, vice president of rating agency Icra Ltd. That apart, since banks are wary about lending to NBFCs, mergers do not solve the problem of a credit squeeze.

“The merger does not erase the problem of lenders’ reluctance to fund non-banks and also does not change their risk perception for the sector. What could likely improve following the mergers is credit appraisal, monitoring and stress resolution of loans to all sectors, including the NBFCs,” said Gupta.

Except Punjab National Bank, all other anchor banks—designated by the government to lead bank consolidation—had exposures of more than 10% of their total loan book to non-banks as of 30 June, according to an analysis by Credit Suisse. Union Bank of India has the highest exposure at 14.1%, followed by Canara Bank and Indian Bank at 12.3% and 10.7%, respectively. Following the merger, even PNB will reach the 10% mark, while Union Bank of India and Canara Bank will be at 13.3% each. Indian Bank’s exposure will be at 11.8%.

“The merger is also unlikely to meaningfully revive flow of credit to the liquidity-pressed NBFCs as given the already high share of NBFC exposure in constituent banks, all four merged entities will have more than 10% of their loan exposure towards NBFCs,” said a note by Ashish Gupta, managing director and head of equity research (India), Credit Suisse.

As of July, bank loans to NBFCs stood at ₹6.36 trillion, while the total bank credit stood at ₹84.95 trillion, according to RBI data.

Analysts also note a lack of synergies in this round of mergers compared to the last one, when Dena Bank and Vijaya Bank were merged with Bank of Baroda.

“Given the limited flexibility on restructuring and rationalisation, meaningful cost synergies from PSU bank mergers are unlikely. Even as the size and scale of operations increase, core profitability for these banks is likely to remain weak. Hence, they will continue to depend on external infusions,” said Gupta.

Unlike the previous mergers of state-run banks where the anchor banks had a strong capital profile and better asset quality with large scope for branch rationalization, many anchor banks under the recent amalgamation process are themselves not in good health, with both gross bad loans and net bad loans for PNB and Union Bank of India at over 15% and 7% of assets, respectively, according to a report by Reliance Securities.