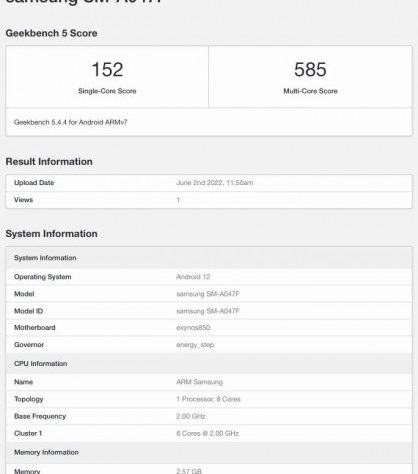 It seems last year’s Samsung Galaxy A03s is getting a successor with a device expected to be called Galaxy A04s (SM-A047F) appearing on Geekbench. The yet-to-be-released phone managed 152-single core points and a 585-point multi-core performance. 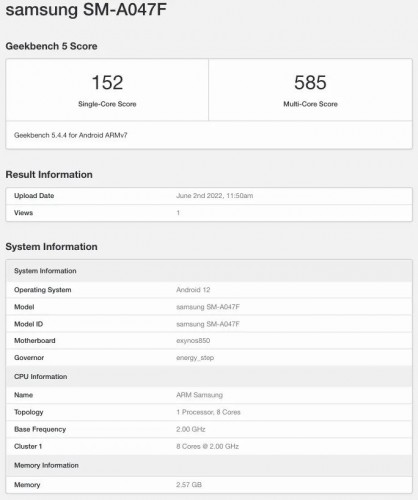 Geekbench reveals the device is powered by the Exynos 850 chipset which is also found on other budget Samsung phones like the Galaxy A13 and Galaxy M13. In addition to the Exynos 850, the device brings 3GB RAM and boots Android 12 presumably with One UI 4 on top. 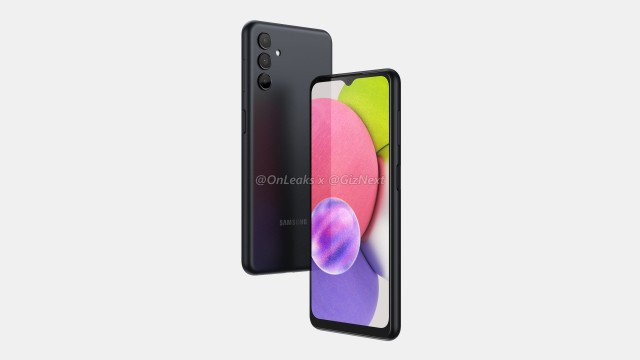 The Galaxy A04s leaked in renders a while back which showcased a redesigned camera island on the back and the same V-shaped notch on the front. Based on speculations, Galaxy A04s should bring a 6.5” HD+ LCD (60 Hz) and a 5,000 mAh battery.