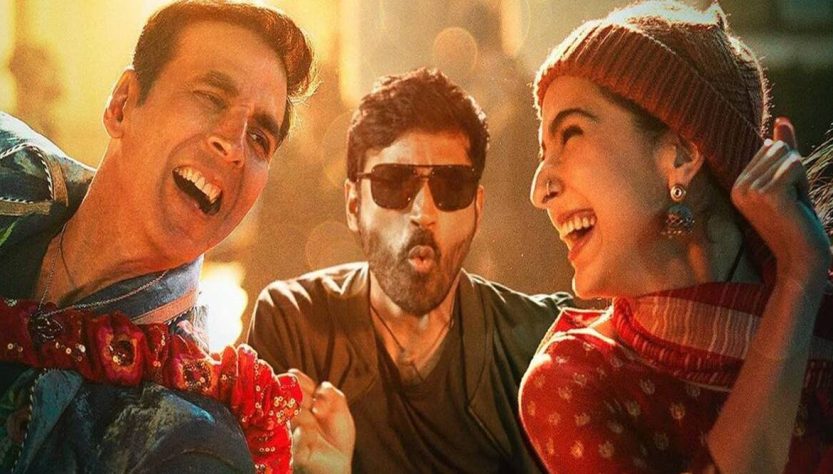 For a long time, there was little understanding of mental health issues and illnesses around the world, which resulted in people treating them as taboos. But lately, there has been a shift in understanding, with many mainstream platforms, including films, treating such topics sensitively.

The recently-released Sara Ali Khan, Dhanush and Akshay Kumar-starrer film ‘Atrangi Re‘ purportedly deals with the delicate topic of mental illness and trauma, with one of the lead characters displaying symptoms of schizophrenia.

And while it is encouraging to watch films dealing with such topics — given that the mind is grossly misunderstood — the film is being criticised for ostensibly trivialising the problem and even making it comical at times.

Without getting too much into it and risking giving spoilers, in the movie, we are introduced to a concept that is quickly romanticised before the viewer can process it. The fact that it brings in humour at times also seems dangerously irresponsible on the part of the filmmakers.

If you have seen the film and are looking to understand schizophrenia and its symptoms better, Dr Samir Parikh, director of Mental Health and Behavioural Sciences, Fortis Healthcare, has answers.

“Schizophrenia is a mental illness whose root cause is some chemical imbalance in the brain; dopamine has been identified as the key chemical for it. When the dopamine levels increase, it can lead to psychosis and symptoms of schizophrenia, more common of which are delusion and hallucination,” he tells indianexpress.com.

The doctor adds that delusion means “firm false belief”. “Something that you believe to be true, but actually isn’t. And even if somebody tries to explain it to you, you are not able to believe it. Like, someone may say their computer is hacked and they are being watched, or people are talking about them, or they are getting thoughts of others who are making them do some actions.”

Dr Parikh says the other thing is hallucinations. “It is a perceptual error. Like you may be hearing a voice. It is auditory hallucination. It is perception in the absence of a stimulus. Typically, you would see a person who is hallucinating talking to themselves, murmuring, as if responding to a real voice. Sometimes, these voices can be threatening, abusive and humiliating. You can also have visual hallucinations — seeing things that aren’t there.”

According to him, these experiences are so real for a patient that they refuse to believe otherwise, even when presented with evidence. “These hallucinations can be auditory, visual, tactile, olfactory, etc.”

There may be some other symptoms also, but these are the core ones, the doctor explains.

Schizophrenia and trauma: Is there a connection?

The basic cause of this mental health problem is biological, says Dr Parikh. “Whether someone also had a trauma or not, which also added to the pathology, does not necessarily mean that trauma caused it.”

Schizophrenia can be treated with medications, which are “highly effective”. “The earlier an intervention is done, the better and faster the recovery process. Schizophrenia has been stigmatised a lot. Co-relation with mental illness should be done with extreme caution, because we should ensure we don’t add to the discrimination. Public conversations around mental health should raise the bar of awareness to reduce the bar of stigma,” the doctor concludes.