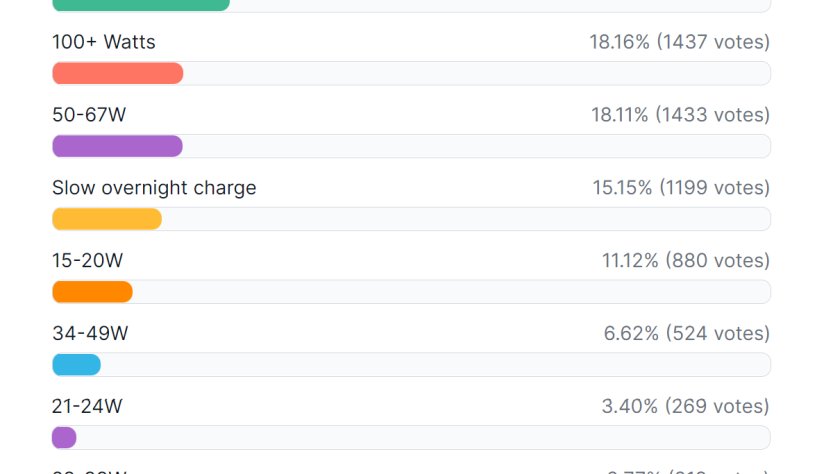 Last week we looked into how fast charging affects battery capacity and asked you about your preferred charge rate. Fast charging clearly emerged as the preferred method, while slow overnight charging has clearly fallen out of fashion.

It was already on its way out a couple of years ago, but it was still the preferred method for a quarter of voters. Now that number is down from 25% to 15%. The thing about slow charging is that it’s always an option – just use one of the low-power chargers you have in your drawer. We wish Android exposed better controls for charge speed, but even without on-screen controls it is easy enough to keep a 5W/10W charger at your night stand.

Most voters will go for a phone in the 25-33W range. These charge fast enough with no downsides. And they don’t come with an upcharge as phones at the cutting edge of charge technology do.

Speaking of, the phones that support 100+ Watt charging were the second most popular category, narrowly beating the 50-67W devices, which came in third. Charging is a chore and we can understand why people would want to get it over with quickly. 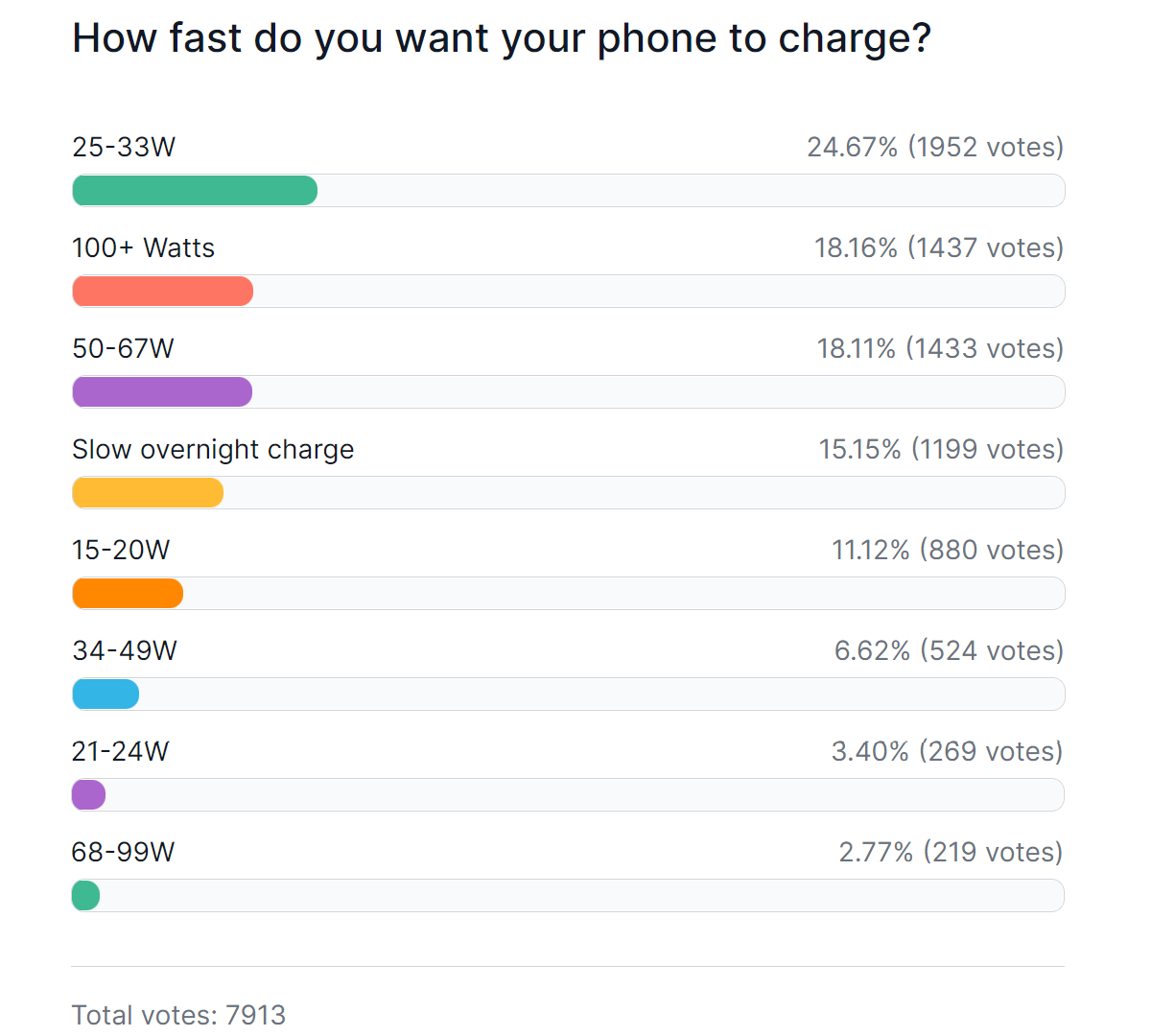 Doesn’t it damage the battery, though? Not so much, say manufacturers, who claim that it will retain 80% of its original capacity after several hundred cycles – some promise to match the 800 cycles industry standard, others even promise to exceed it twice and go as high as 1,600 cycles. Keep in mind that 800 cycles is over 2 years of daily charging from 0 to 100%.

It’s also worth noting that many of the phones that boast super fast charging capabilities are marketed as gaming phones. At two years old a mobile GPU will be noticeably lacking in capabilities compared to new models. So, even if the battery is as fresh as the day it came out of the factory, the device will not be a great gaming phone anymore.

One worry that can’t be overlooked is that this creates e-waste. These days a phone with a dead battery may not be worth the price of the repair, if you can even find someone to do the repair. A dead battery used to be a 60-second, no-tools-required kind of fix when batteries were user-accessible.

The EU has been working on a way to bring that back. Legislation will mandate that all consumer electronics have user replaceable batteries with “basic and commonly available tools”. The EU is also considering setting requirements for how long phones should be supported – it might demand 7 years of updates and availability of spare parts. Those two things combined can make worrying about battery longevity a thing of the past. We will keep an eye on how manufacturers respond to this, of course.