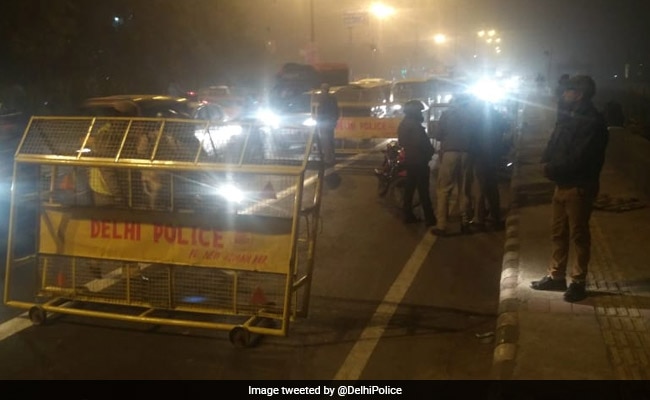 New Delhi: A 24-year-old woman was injured after she was allegedly attacked with a knife by a drunk man who worked as a security guard in the Dabri area of Dwarka district, police said today. He also stalked her and passed lewd comments at her, they added.

The incident took place on Monday evening when she was returning home after work, they said.

In her complaint, the woman, who works at a private firm in Rohini, alleged that after deboarding from Dabri More metro station, as she was walking towards Dabri flyover, the man, identified as Raman Kumar, 55, passed lewd comments at her and when she resisted, he left the place, a senior police official said.

However, a few meters away, when the woman reached near Subzi Mandi where she was waiting for her father in his auto so that they could return home together. While she was sitting inside the auto, the man, a security guard, allegedly attacked her with a knife following which she sustained injuries on her neck and hand, the official added.

The woman pushed him from the auto following which he fell down. Immediately, the woman raised an alarm and tried to catch hold of the accused, he said.

Hearing the woman scream, people gathered at the spot and brutally thrashed the accused. By then, the victim’s father also reached the spot. The accused and the woman were taken to Dabri Police station by people, he added.

Police officials then took the accused and the woman to the Deen Dayal Upadhyay hospital where a medical examination was conducted, the officer said.

Police said the accused was drunk at the time of the incident and was was unknown to the woman.

Subsequently, he was arrested and sent to judicial custody for 14 days.

A case was registered and an investigation was taken up, he said