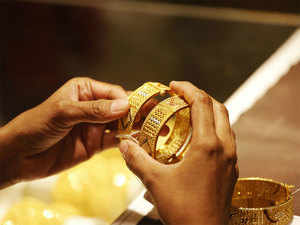 The US government’s decision to withdraw trade benefits under the Generalised System of Preferences (GSP) is likely to impact the gems and jewellery exports the most, the report said.

The gems and jewellery sector is already under pressure on account of stringent lending rules and working- capital crunch. India tops the list of exporters to the US in this category, with more than 15 per cent share, the rating agency CrisilNSE 0.62 %said.

“The withdrawal of GSP will affect exporters of gems and jewellery the most because around 15 per cent of such exports availed of its benefits in calendar 2018. Now, there will be an additional duty of around 7 per cent on exports of precious metal-based and imitation jewellery, which will reduce competitiveness of domestic exporters and put pressure on margins, Crisil Research Director Hetal Gandhi said.

The report however expects a limited impact on the country’s overall export trade.

India’s goods and services trade with the US totalled USD 142.1 billion in 2018 of which, exports were USD 83.2 billion.

It said that within exports, that under GSP is estimated to be 7.5-7.8 per cent, which translates into around USD 260 million of levies saved, tantamount to a 4 per cent duty benefit.

For the pharmaceutical sector, it expects the impact of GSP withdrawal to be minimal.

The US market accounts for 35-37 per cent of Indian formulation exports.