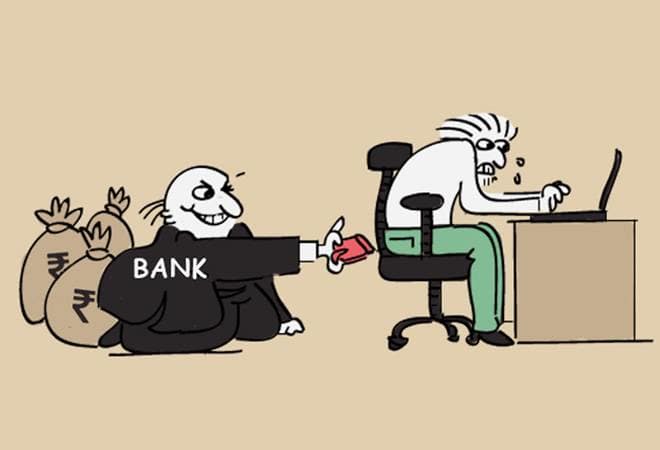 The Reserve Bank of India recently released the annual report of the banking ombudsman scheme (BO scheme). The scheme was introduced as a cost free and expeditious grievance redressal mechanism. Under this scheme, the volume of complaints rose at an average annual rate of about 25 per cent in the last three years, recording a total of 1,63,590 complaints in 2017-18. The BO has faced some peculiar complaints with regards to banking services like credit cards, ATM transactions, savings account and electronic transactions. Here are some of the cases in which the banks were hauled up:

When you receive a credit card bill of Rs 2.8 crore after 13 years

The complainant alleged that though he had paid Rs 35,000 in settlement towards his outstanding dues for his two credit cards, he got a demand notice after 13 years to pay Rs 1.24 crore and Rs 1.58 crore against each of the settled credit cards. The bank later admitted that the credit card accounts were inadvertently sold to an ARC (asset reconstruction company) and it had taken up with the ARC to nullify the outstanding dues. BO directed the bank to settle the grievance by making the outstanding dues as nil and clean up the complainant’s credit history.

The complainant received a call that his ATM card had been blocked and his card credentials were required for unblocking the same. He shared his card credentials with the caller and instantly Rs 53,900 were debited from his account. He immediately informed the bank and requested to block his card. However, the fraudulent transactions continued amounting to a total loss of Rs 6,88,900 to the complainant. The BO observed that since the complainant had reported the fraud immediately to the bank, the latter should have taken necessary action to disallow any further transaction. The bank was advised to pay Rs 6,35,000 which was the amount withdrawn after reporting the first fraudulent transaction.

A complainant received an e-mail from the bank informing that the monthly balance requirement for the newly opened savings bank account was Rs 2,500. As he had opened a zero balance account, he took up with the bank and was informed that his account was a regular savings bank account with a requirement of Minimum Average Balance (MAB) and Rs 3,500 had already been deducted from the account in view of the same. BO observed that after levying MAB charges, the available balance in complainant’s account become zero and subsequently when there was a credit entry in the account, the bank debited the complete amount towards outstanding MAB charges. BO advised the bank to refund complete MAB charges since in terms of RBI guidelines the bank must ensure that the balance in the savings account does not turn negative solely on account of levy of charges for non-maintenance of MAB.

When bank did not crosscheck the amount

The complainant alleged that the bank had, by mistake, transferred Rs 11,34,994 instead of Rs 1,13,882 in a RTGS transaction. The bank submitted that the complainant was at fault as he had filled an incorrect the amount in the RTGS form even though the correct amount was indicated in the accompanying cheques and the transaction was put through as per the amount indicated in the RTGS form. BO observed that there was deficiency on the part of the bank, as it had not taken due care by following maker-checker concept while putting through the RTGS transaction and thus directed the bank to pay the difference amount to the complainant along with interest at savings bank rate.

The complainant stated that her son had availed an education loan for Rs 3 Lakh of which around Rs 2 lakh had been repaid. She alleged that the bank had surrendered the life insurance policy for Rs 74,000 only pledged against education loan even though the policy was about to mature and the sum assured was Rs 2 lakh. She further alleged that no intimation was given to her by the bank before surrender. The bank submitted that the complainant’s loan was under default and the bank, under its right to set off, had surrendered the policy and adjusted surrendered value towards the outstanding loan. The bank could not provide any evidence of informing the customer before surrendering of the policy. The BO advised the bank to credit the complainant’s loan account with Rs 1.3 lakh, which was the balance amount of the sum assured for the said policy.

The complainant alleged that he had no regular income and had received money from the sale of land, which he wanted to place as fixed deposits but the bank instead mis-sold to him an insurance policy without explaining terms and conditions, having an annual premium of Rs 99,000 for five years. Further, he had approached the bank within the look-in period and thereafter for cancellation but the bank did not consider his requests stating that the product sold to the customer pertained to insurance company and it did not have authority to refund the amount. BO observed that the bank had not examined suitability / feasibility of the product while selling it to the complainant as it had ignored the fact that the complainant was unemployed without any regular income. Further, the application form wrongly mentioned that the complainant was employed with a regular income even though he was dependent on his father’s paltry family pension. The BO therefore advised the bank to refund the premium paid by the complainant along with interest as applicable for deposits of more than one year from the date of selling insurance policy till the date of refund and Rs 10,000 as compensation towards loss of time, harassment and expenditures incurred.

When bank duped a senior citizen

The complainant, a senior citizen had taken six pension plans in his name. He alleged that the bank officials in collusion with the officials of its insurance company had opened a fake savings bank account in his name, foreclosed his pension plans and deposited the proceeds to this account. Further, the amount was transferred to another account using ATM Card issued in this account. BO observed that the bank had not adhered to extant regulatory guidelines while opening SB account as forged documents available with insurance company were used to open the accounts and the branch manager had signed as introducer in the account opening form. It was further observed that the branch manager was reported as dead, the other two bank officials who were responsible for opening the fake account had resigned from the bank. BO advised the bank to refund the entire amount of the pension plans fraudulently deposited in the fake account and withdrawn by fraudsters.