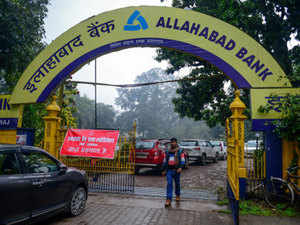 KOLKATA: Indian BankNSE -0.29 % is likely to retain its name after the merger with Allahabad BankNSE -0.80 %, and the merger team is working on a new logo and tagline to capture the identity of both the partners, two people familiar with the development said.

“A series of discussions took place. Both banks engaged consultants to examine how the branding and logo can be made after the merger,” she told ET in an interview.

“There have been a lot of overlap and a lot of good fit in logo and tagline of both the lenders. We are looking at how to blend these,” she said.

Indian Bank’s tagline is “your own bank”, while Allahabad Bank’s is “tradition of trust” and “har kadam aap ke saath” in Hindi.

“The branding will be done through consensus. We have almost reached there. But our board needs to approve it,” Chunduru said.

A senior executive at Allahabad Bank said that it has requested the government to retain its identity “as far as possible.” The executive said that “effective branding can be done in so many ways.”

Some other non-anchor lenders in the mega merger exercise have also requested the government for new names and logo, unlike in the Bank of Baroda-Dena Bank-Vijaya Bank exercise, wherein the logos of all three lenders have been retained.

Punjab National BankNSE -0.16 % is anchoring its merger with Oriental Bank of CommerceNSE 2.22 % and United Bank of India to create the country’s second-largest lender in terms of business size and branch network. Similarly, Union Bank of India is anchoring its merger with Andhra Bank and Corporation Bank, while Canara Bank is the anchor bank for its amalgamation with Syndicate Bank.

The mergers will come into effect from April this year. “The merger is sticking to schedule and smooth. We have people working on IT, policy and product harmonization and a lot of deliberations are on,” Chunduru said.

Indian Bank-Allahabad Bank combination will become the seventh largest lender with total business of Rs 8 lakh crore (as on March 2019). They have a common core banking platform BaNCS, developed by TCS. The combined branch network will be 6,100.

“There is a lot of optimism over the merger. Both banks have together worked on cost rationalization and we are prepared to focus on growth from day one,” she said.