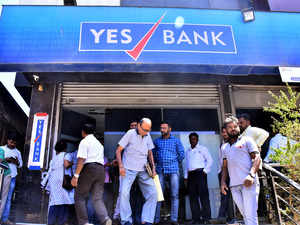 MUMBAI: The Reserve Bank of India will check whether Yes Bank’s statutory auditor had raised any red flags in the past year, two people aware of the development told ET. The banking regulator last week proposed a rescue of the private-sector lender that will be led by State Bank of India (SBINSE -1.10 %).

The RBI has been in touch with auditor BSR & Co., which is a part of KPMG India, over the past few months. But the central bank will now specifically look at whether the auditor had issued any warnings over the past 12 months. Officials aware of the central bank’s plans told ET that RBI officials had already held meetings with Yes Bank’s new audit committee.

“The RBI wants to know whether the auditor had specified anything related to the bank’s health or other issues as a going concern or raised any other red flags over the past year,” said a person with direct knowledge of the matter.

The central bank will also likely question the auditor on the health of the bank and whether the SBI proposal will have ‘any material impact’ on the private sector lender’s existing accounts, said one of the persons.

The RBI could also look into the impact of the reconstruction scheme on Yes Bank’s financial statements, the person further added.

Bad Loans Under-reported
The central bank didn’t respond to ET’s emailed queries. A BSR spokesperson said, “As a policy, we cannot comment on any client- or company-specific matters.”

The financial markets were shut in Mumbai on Tuesday due to the Holi festival.

“The liquidity position of the bank and several other issues would now be asked not just by the RBI, but also by the incoming investors,” said the second person.

Last week, RBI superseded the Yes Bank board and announced a reconstruction plan that will entail an investment of up to 49% by SBI.

BSR took over as Yes Bank’s auditor last year after the central bank banned SR Batliboi & Co, part of EY, for a year, possibly over alleged lapses in the audit of Yes Bank. The RBI had only said at the time that Batliboi was banned due to “lapses identified in a statutory audit assignment carried out by the firm”. Yes Bank was the audit assignment that led to the ban, according to central bank and EY insiders.

The central bank’s move had been based on the enforcement action framework drawn up by it in June 2018. The framework listed audit lapses resulting in errors in a bank’s financial statement, wrong certifications and information given by auditors, misconduct of auditors and any other violations of RBI directions as grounds to penalise auditors.