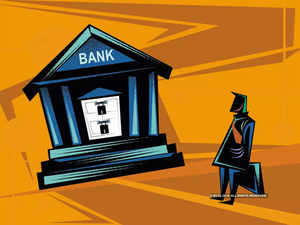 The budget proposal to raise the minimum public shareholding limit to 35% from 25% may be a stiff challenge for state-run banks.

While this will impact over 1,000 companies with public shareholding less than 25%, state-owned companies could be hit the hardest, experts said. Among public sector units (PSUs), several state-run lenders have been in a precarious situation with repeated capital infusion by the government over the years pushing promoter holding way above 75%.

Many banks have been given a time frame of two years from the time of breaching the norm to achieving compliance. In any case, banks with stressed finances are finding it difficult to raise capital from the market and bring the government holding down to below 75%. If the Securities and Exchange Board of India (Sebi) accepts the finance minister’s proposal, these lenders may be in for a hard time.

Moreover, the budgeted Rs 70,000 crore fresh government capital infusion into the banks will push the level of public holding even higher.

“The purpose (of the budget proposal) is to widen the canvas of public shareholding–that is a very good move to broad-base the stocks and deepen the stock market,” said Allahabad BankNSE -4.63 % chief executive S S Mallikarjuna Rao. “As for PSBs (public sector banks), in any case it takes a time horizon of around two years or more since many PSBs have more than 80% government holding.”

As many as 15 out of 19 state-run banks have more than 75% promoter holding. As things stand, Sebi has allowed them two years to raise the public holding to 25% from the time the limit was breached. Seven of them — including Andhra BankNSE -2.95 %, Corporation BankNSE 0.35 % and Indian Overseas BankNSE -4.31 % — with over 90% government holding have the toughest task among all.

“Government has large holdings in government banks which have further increased in the last 10 years, driven mostly by the need for government participation to drive policy and for social objectives,” former Reserve Bank of India governor Urjit Patel had said last month at an event in Stanford University.

State Bank of India, in its post-budget analysis, observed that the minimum public shareholding requirements generally vary between 10% and 25% in certain developed securities markets, such as Singapore, the UK, US and Hong Kong.