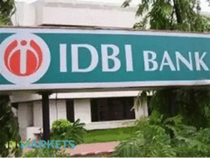 Mumbai: IDBI BankNSE -0.22 % has put on the block its insurance and mutual fund businesses as it seeks to increase the capital base after Life Insurance Corporation acquired over 51 per cent stake in the bank.

The bank has taken several steps as part of the strategic alliance to create a ‘one-of-its-kind’ financial conglomerate in the Indian banking space with LIC as its majority shareholder, said IDBI Bank. The chairman of LIC, for instance, has been appointed as the non-executive chairman of the bank, and it is also planning to appoint Rakesh Sharma, its current MD, as MD & CEO of IDBI Bank for three years.

“By September 30, we plan to sell the IDBI Federal Life Insurance Company,” said Rakesh Sharma, CEO, IDBI Bank. “We have appointed JP Morgan as investment banker. Now, our promoter is LIC and we want to monetise our non-core assets.”

IDBI Bank owns 48 per cent stake in the company, while Federal Bank and Belgian Insurer Ageas are the other shareholders of the insurer with 26 per cent each. Life insurance business has 0.38 per cent market share in the overall new business income during April-January 2018-19. IDBI AMC is a subsidiary of IDBI Bank. IDBI Bank and IDBI Capital Markets & Securities hold 66.67 per cent and 33.33 per cent equity shares of IDBI Asset Management, respectively. As on March 31 last year, IDBI Asset Management was managing 18 schemes of the fund, and its asset under management was worth Rs 7,241.43 crore.

A year back, when the valuation process was run by investment bankers, IDBI Federal Life Insurance was valued at Rs 6,000 crore. Max Financial Services and Birla Sun Life were the two shortlisted to buy IDBI Federal Life Insurance, while nine insurance companies and private equity funds had shown interest in the beginning. The bank started selling products of LIC through its branches on February 28, 2019. LIC invested Rs 21,624 crore additional capital to raise the stake up to 51 per cent from 14.5 per cent. Now, depending on the capital plan, LIC will put in additional capital.