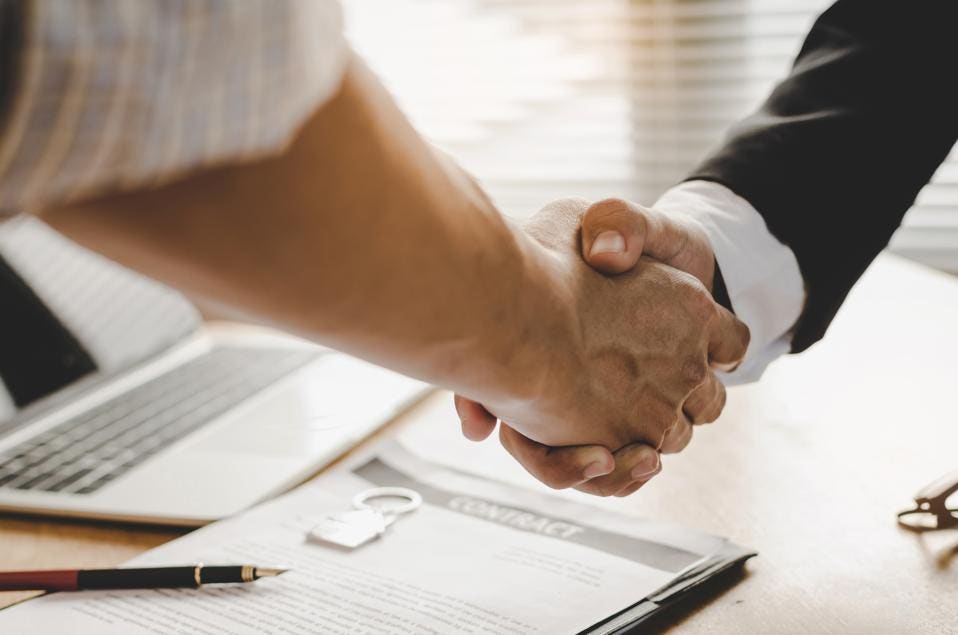 The height of informality is the oral agreement, which should simply be thought of as an unenforceable moral promise, if that. Sadly, I have had many clients act in reliance on oral agreements, including commencing production, making pay-or-play commitments, and issuing press releases. DON’T DO IT! It ain’t over ’til it’s over, and it ain’t over until a binding contract is signed.

One plague in the industry is the propensity to use “letters of intent,” “term sheets,” and “deal memos” (collectively referred to below as “deal memos”), instead of long-form binding contracts. This tendency is caused by the fast pace of the industry and the impossibility of closing the ponderous tomes that are used for the long-form contracts. However, most deal memos are rife with many fatal flaws, including the following:

They are often ambiguous on the key issue of whether they are legally binding, which is inexcusable. At a minimum, they should clearly state whether they are intended to create legal obligations on the parties or are merely expressions of non-binding intent.

They are invariably sloppy and ill-thought-out, because the drafters have the excuse that the “other issues” will be dealt with in the long-form contract. The problem is that the long-form contract rarely follows. Most of the time, it is not even drafted; people simply rely on the deal memo and go on with their business.

Because of all the foregoing problems, deal memos often end up in litigation, so they should be avoided at all costs unless absolutely necessary.

As alluded to above, the reason that people opt for deal memos is because long-form contracts can run 50 or more pages and include such absurdities as defining the words “and” and “or.” In addition, long-form contracts often incorporate pages upon pages of boilerplate that merely restate the default rules that would be implied by law even in the absence of such language. The solution to both ambiguous deal memos and ponderous long-form contracts is to draft contracts that are short, concise, and final, which force the drafter to think carefully about each word. The goal should be to give each contract the beauty and brevity of the equation E=MC2. Also, contracts are a whole lot easier to follow if they contain a table of contents and an alphabetical list of defined terms up front; it is inexcusable to force the reader to slog through the entire contract looking for the definition of every capitalized word they come across. Another suggestion is to drop all the long-winded recitals of facts, which don’t amount to a hill of beans; every word in a contract should have legal significance.

The most important aspect of any contract is for your team to control the drafting, even if it costs more legal fees, because the battle can be won or lost at this stage. People usually negotiate off what is in front of them, as opposed to what is not. They typically do not think about what is not in the draft. Also, by controlling the revision process, you control the wording of the resolution of each open issue.

And never accept this old saw: “This is our standard form contract; it can’t be changed.” Film companies will always tell you this, particularly with respect to their lengthy exhibits defining net profits. (The best quip I’ve heard on these exhibits is from a producer who said that the top of each page should be labeled, “And here is another reason why you won’t receive net profits.”) Licensors, too, are fond of giving licensees a form license prepared by the International Film and Television Alliance, and these licenses are grossly one-sided and unfair. Always attempt to be anointed as the drafter of every contract, but failing that, never accept a “standard form” contract at face; everything is negotiable.