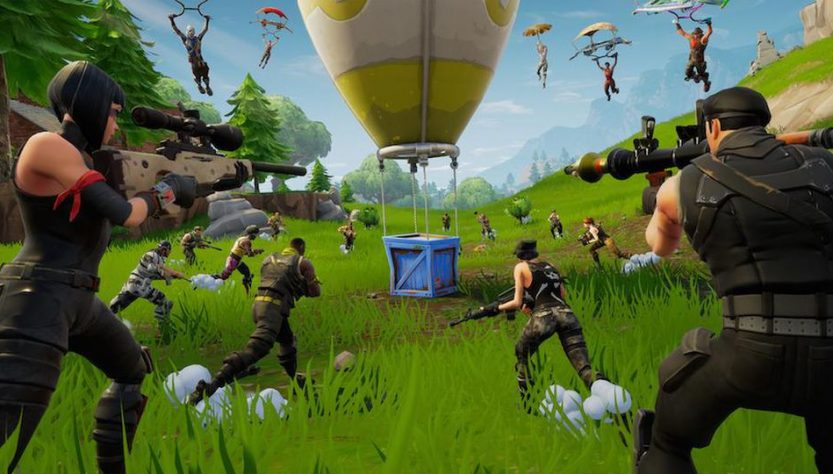 Today Netflix revealed its latest earnings statement. And the general feeling is that the video streaming giant just about did OK, growing its subscriber base more than expected, but not quite hitting its revenue targets.

What I’m interested in here, though, is a short but hugely striking line tucked away within the Competition section of Netflix’s new Shareholders report. That line goes as follows: “We compete with (and lose to) Fortnite more than HBO.”

These few words stopped me in my tracks when I first read them, so strange did it seem for Netflix to be talking about a video game as competition for its video streaming service. But the more you think about it, the more sense the statement makes. 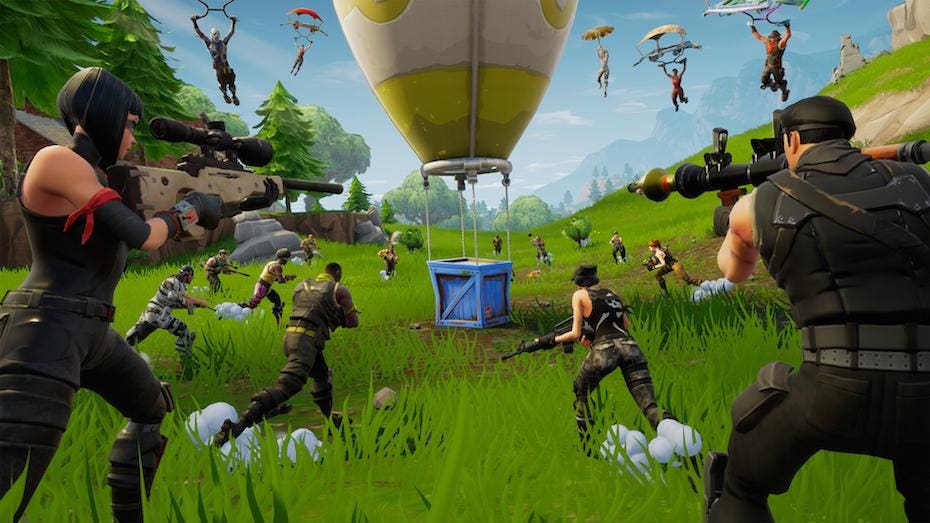 The reason the line stands out so much is that it forces you to abruptly rethink your ideas of competition.

Previously, discussions of Netflix competitors have centered around rival streaming services; Amazon, Apple iTunes, VUDU and so on – plus, of course, HBO, and the soon-to-be-launched Disney+ streaming service. What this line in Netflix’s Shareholder statement suddenly makes you realize, though, is that competition for the biggest entertainment platforms is no longer just about subscriber numbers, technical quality and how good/large their content rosters are. The battle has now shifted to how much of a household or individual’s available screen time an entertainment platform is able to command.

There are, after all, only 24 hours in any given day. And within that 24 hours most people will only have a much smaller time window available for staring at a screen. So once an entertainment platform has overcome the initial battle of becoming internationally recognized and racked up a healthy subscriber base, its next challenge becomes winning as many of those available screen hours as possible.

Most households will, of course, be entirely familiar with the idea of screen time competition between different sources – especially when it comes to the main family TV. The astonishing success of Fortnite, though, and the way the game’s success has spread across every sort of screen in typical modern homes, has brought the idea of competition for screen time between very different forms of entertainment to the fore like never before. 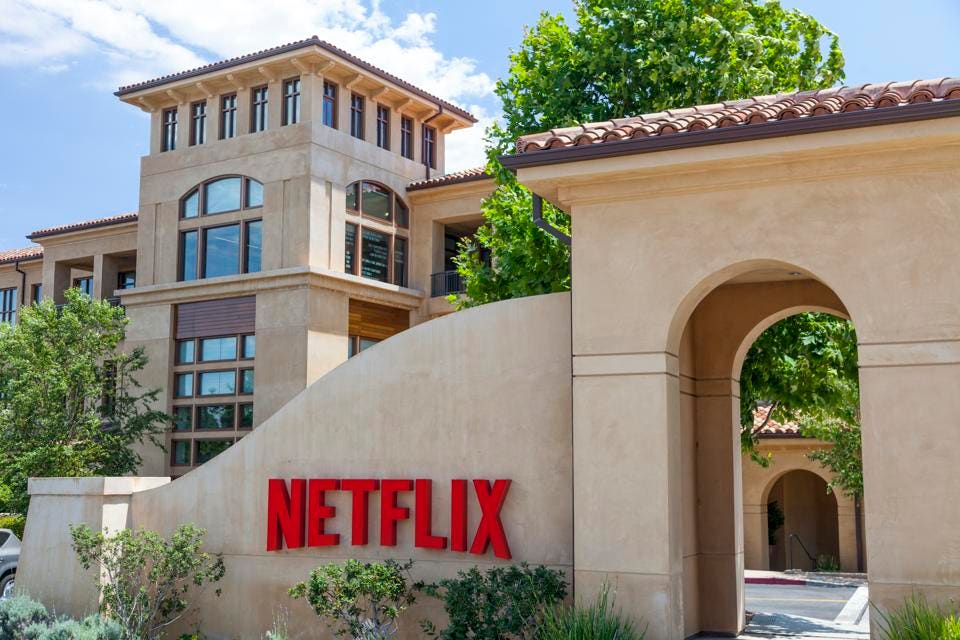 So it is that the Competition section of Netflix’s shareholder’s report talks about percentages of screen time – for both televisions and mobiles. And those seemingly half a dozen people who haven’t experienced Fortnite’s almost narcotic lure to both adults and children may be surprised to learn that even a streaming platform as massive as Netflix earns only around 10% of TV screen time in the US right now. And less than that when it comes to mobile devices. The percentages are lower, too, outside the US, where Netflix doesn’t enjoy such high market penetration.

It’s possible, of course, that Fortnite’s popularity is a) a one-off, and b) will eventually dwindle away. The concern for Netflix, though, must be that Fortnite has opened a gaming Pandora’s Box, and that the only point where it stops consuming huge amounts of household screen time is when some equally addictive gaming successor comes along.

It’s tempting to see Netflix’s recently released first stab at an interactive TV show, Bandersnatch, as an early attempt by the streaming giant to counter the interactive draw of games like Fortnite. Though if it is, the mind boggles at how much TV shows will start to cost if Netflix regularly has to make them with multiple different narrative streams and branches. Also, even the most sophisticated interactive TV shows can never truly compete with the ‘live’ second by second interactivity of a video game. 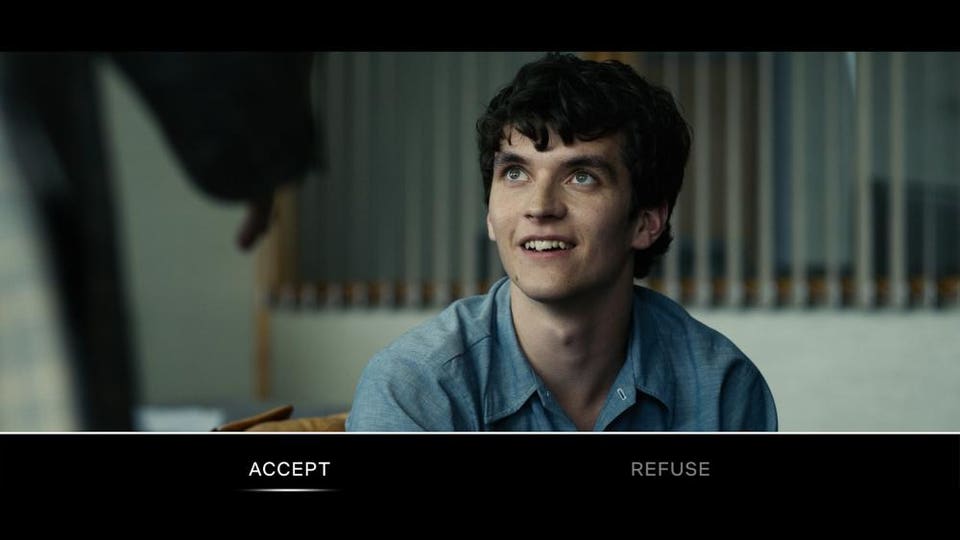 Netflix’s stated response to the new screen time war is a positive one. Namely that it wants to earn more screen time by being more compelling than its growing number and variety of competitors. “Our focus is not on Disney+, Amazon or others,” says the Netflix statement, “but on how we can improve our experience for our members.”

This statement also suggests, though, that the constant growth in the number of entertainment platforms vying for our screen time represents a potentially big problem for both the content providers and, ultimately, us viewers. After all, the more content/entertainment services and experiences there are, the less time each service may be able to command of our available viewing time. And the less viewing time any service can secure from us, the less it will ultimately be able to justify its subscription charges. And the less money it earns from subscriptions or pay per view income, the less money it will have available to invest in quality programming and better user experiences.

In other words, as well as us consumers having to try and cope with a more fractured viewing experience, we may find that after an initial positive surge as each streaming or gaming platform jostles for position, further down the line we might find the quality and quantity of new content dipping as some services start to struggle to make ends meet.

It seems inconceivable at this point, of course, that Netflix could ever become one of these faltering services. If, though, a single game created from a level of investment far lower than that required to create hour after hour of high quality TV and movie content can monopolize as many hours of screen time for as many months as Fortnite has, then startling though it sounds at first, it becomes clear that Netflix is absolutely correct in identifying new ‘social gaming’ experiences as potentially the biggest threat to not just itself, but any of the growing set of video streaming services that consumers already don’t have enough time or money to watch.