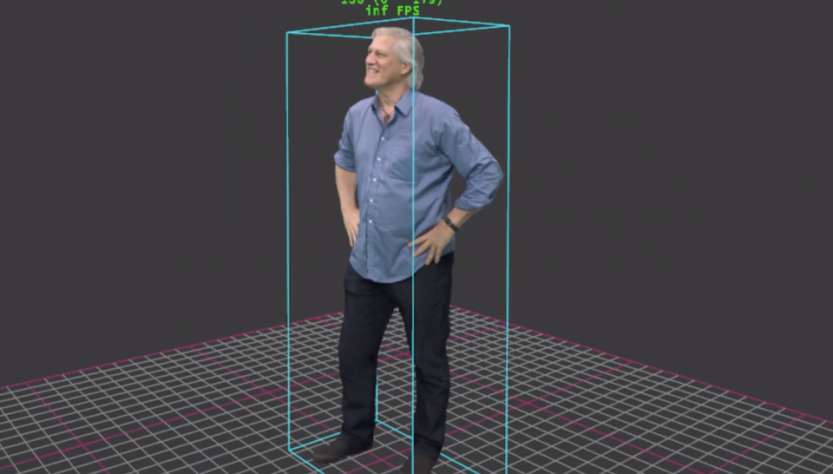 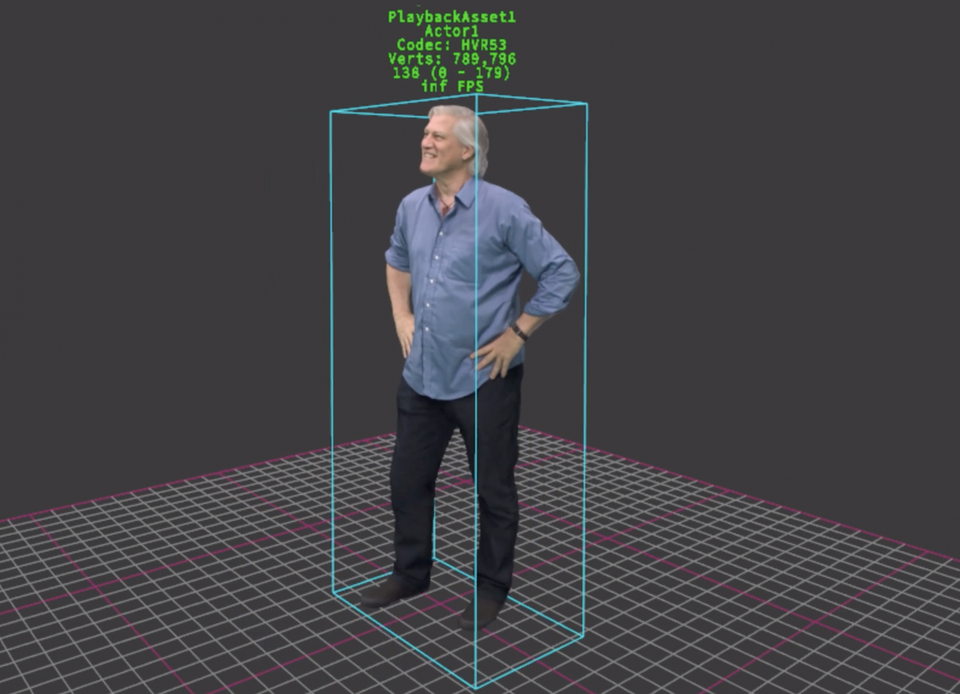 Like this holiday season of rebirth and renewal, the stuttering industry of virtual reality, or what I like to call more inclusively immersive entertainment, has been making its way back to sustainability, with new venues, technologies and experiences, and stabilizing (if less sexy) business opportunities in the enterprise in such areas as job training, design and manufacturing.

For all the enterprise opportunities, however, it seemed like much of December, at least in Los Angeles, was dominated by the entertainment side of immersive technologies. And the news there has offered up a series of lessons on how to make immersive entertainment work, with a focus on big brands, smart marketing, high-traffic locations and a refined customer experience that begins long before anyone straps on a headset. How well the industry learns those lessons in coming months will help decide whether 2019 is another year of growth, or of retrenchment.
In mid-December, I visited the first permanent venue for Dreamscape Immersive, which initially made news in February with a pop-up version of its first title, Alien Zoo. With backers such as Steven Spielberg and composer Hans Zimmer, and led by Walter Parkes, Kevin Wall and CEO Bruce Vaughn, the company has attracted a lot of attention. Vaughn’s 25 years creating theme-park rides as a Disney Imagineer paid off with a visitor experience that begins in the lobby, continues through a lounging area with faux artifacts from two of the VR experiences and segues gently into the suit-up area before the actual show begins. All three experiences on offer are more story oriented than the arcade-style first-person shooters and music games common at other location-based entertainment sites.

For $20, you and up to five others can spend about 15 minutes in an otherworldly zoo, deep underwater or in an ancient tomb. It’s way too soon to tell whether Dreamscape’s approach will succeed, but it does check off a lot of boxes in the list of factors that can build success, including providing a range of unique experiences and smartly managing throughput.

The venue’s promising location in the Westfield Century Mall also should help with lots of walk-by traffic. Two doors down is an entrance to Eataly’s hugely popular Los Angeles outpost. Next door, a high-end steakhouse chain is opening soon.
Given the fate of IMAX’s VR theater venture, which closed its last two of seven outposts this month, it’s clear that high-traffic areas such as Dreamscape’s can be vital to success. IMAX likely made a fatal mistake putting its Los Angeles flagship venue across busy Fairfax Boulevard from The Grove and Farmer’s Market, one of the city’s most popular shopping and tourism destinations. In what was almost certainly a case of So Close and Yet So Far, getting people to cross Fairfax to check out a rather anonymous-looking venue in a brand-new sector proved more than IMAX could overcome.
In the same week that Dreamscape opened, the Advanced Imaging Society held its annual On The Lot conference, spotlighting a string of high-profile companies in VR, AR, visual effects, animation and post-production over three days.  On Day One, at Paramount Pictures in Hollywood, the optimism among attendees was palpable, a welcome change after a hype-filled 2016 stumbled into a difficult and under-achieving 2017.  For many, the gloomy market began improving earlier this year as companies began finding sustainable business models, particularly by providing enterprise tools.
From my perspective, the immersive media business is going through a birth cycle similar to the early years of the personal computer. As happened with the PC, only hobbyists and other narrow audiences had the interest and will to buy into a nascent, little-understood technology. With PCs, mass success only arrived after Microsoft and IBM partnered to sell millions of DOS-based machines to business customers. People began using computers at work, and then found other purposes that would justify buying machines for their home.
Virtual reality will likely undergo some of the same cycle, as the enterprise gets people used to headsets and immersive experiences to quickly document, practice and maintain complicated processes. Those tools will keep many VR companies in business as the entertainment side gains scale, technology prices drop and more people buy in.  That scale will in turn enable significant ad-supported or brand-sponsored content. The Internet Advertising Bureau, companies such as Vertebrae.io and brands such as Lionsgate and NASCAR have been working in this space for a while, particularly on the mobile AR side.
For now, the biggest entertainment opportunities appear to be in location-based entertainment, with venues such as Dreamscape’s that provide high-end experiences at dedicated out-of-home installations in malls, theater complexes, casinos and similar busy areas. As speakers at another conference this year put it, give ’em $20 and 20 minutes and they’ll transport you to another world.
Yes, Sony has sold more than 1 million of PS VR headsets in one year. And we’re finally seeing other moderately priced headsets from Oculus, Lenovo and other companies that strike a reasonable balance between cost, weight and quality images and sound (the gigantic exception: Magic Leap’s long-awaited first headsets, which arrived earlier in the year with a $2,300 price tag).
Only a few million VR headsets have been sold so far, not yet enough for entertainment companies to create long-term business models. But that installed base should continue to build as prices drop, people use VR and AR in work settings and location-based entertainment provides the high-end experiences that help persuade people to buy a home system later.
One hot tech trend tied to VR and entertainment production is volumetric capture,  which uses banks of cameras in a brightly lit green-screen room to grab three-dimensional video images of performers in action. It’s a major step beyond motion capture, where performers wear a cat suit dotted with white balls to track movement and create the digital “skeleton” for use in visual effects. You’ve seen the results of mo-cap tools at the hands of gifted physical performers such as Andy Serkis and Doug Jones in films such as Lord of the Rings and The Shape of Water.
But volumetric dispenses with the cat suits, and the digital skin that must be overlaid on mo-cap’s resulting digital skeletons, to capture performers as they are, moving about a stage.
At On the Lot, Sony showed the technology’s potential. And the list of its partners – Dell, Intel and Deloitte – suggests that volumetric capture has uses far beyond faster, more naturalistic visual effects and film and TV production.  Being able to drop an actual person quickly and naturally into a digital set can be as useful for job training and industrial video as it is for a Hollywood film.
Metastage, a volumetric-capture company built on Microsoft technology, also had a prominent spot at the conference, hosting  a reception and demos at its stages at Culver Studios near production facilities for Amazon, Apple and HBO.
And a few days later and a few miles away, I visited the offices of 8i, which is building and selling compact volumetric studios for about $150,000 each. The studios are used to create what the company calls “real human holograms” that can be overlaid into all kinds of settings. As CEO Hayes Mackaman put it, it’s hard to figure out a business model for such studios when they cost $1 million each, as early prototypes did. But at $150,000, companies can buy one and use it for a wide variety of compelling purposes, from training and documentation to marketing and shopping, in VR, AR and mixed reality settings. 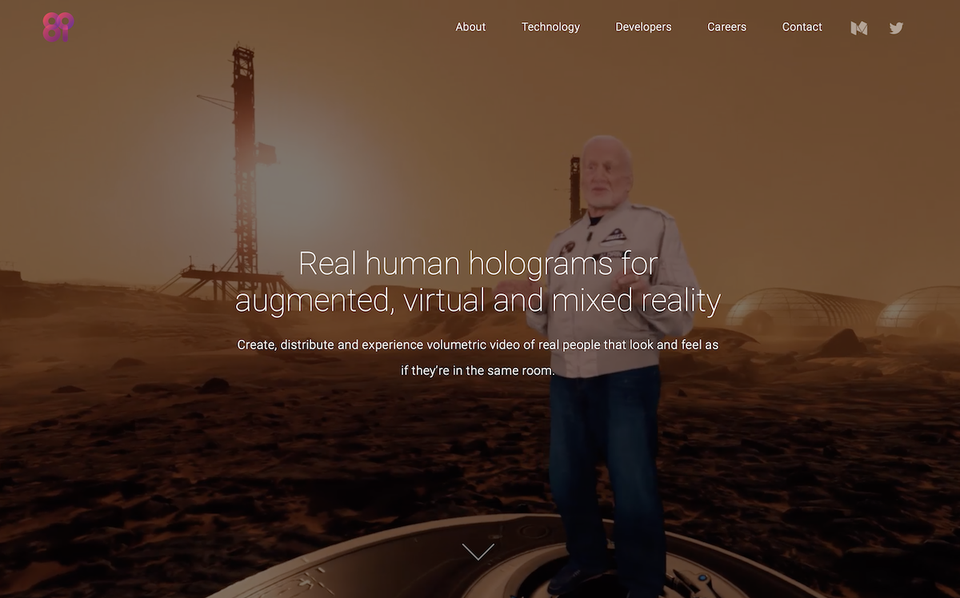 Former astronaut Buzz Aldrin as a hologram from 8i, dropped into a Martian landscape(Image courtesy of 8i)

At 8i, I even took part in a brief volumetric capture, lasting just a few seconds. That brief capture still generated enough three-dimensional video data that it took a number of hours to render a 23-second clip of me standing, waving and gesturing. But the potential for a wide variety of uses in enterprises, entertainment, video gaming, messaging and much else is already evident.

The weekend after On the Lot, I visited Wisdome.LA, “the world’s first fully immersive entertainment art park,” where an artist named Android Jones had programmed “Samskara After Dark,” a trippy, complex visual experience  that unspooled on the dome’s 40-foot-high ceiling in time with a wide range of music.  Samskara was followed by a similarly psychedelic performance by Think:Floyd EXP, a Pink Floyd tribute band. Think:Floyd’s performance also featured overhead images from the dome’s 12 projectors. It’s a surprisingly immersive and consuming experience, even if the band should have placed itself in the center of the room, rather than off to one side, because the real attraction was looking skyward as the band played. For those interested, Samskara and Think:Floyd will be playing again this weekend at the Wisdome, providing a very different kind of immersive entertainment option for a very different crowd.

The array of immersive experiences on offer in suburban locations across Southern California is already a bit boggling. Dave & Buster’s restaurants featured the four-person  Jurassic World VR Expedition this year, and found so much success they’re expanding, including a new Dragonfrost VR offering.   Disney-owned The Void in Anaheim and Glendale has a Star Wars-based attraction, Secrets of the Empire and another based on the recent animated film  Ralph Breaks the Internet. Torrance-based Survios has created a string of “VRcade” experiences with titles such as first-person shooter  Raw Data,  Gorn and  Elven Assassin from its Torrance flagship location. And Spaces has rolled out  Terminator Salvation: Fight for the Future in an Irvine mall.
They’re all part of this next phase as immersive entertainment moved a little closer to a sustainable business and a reality all of its own.
[“source-fobes”]