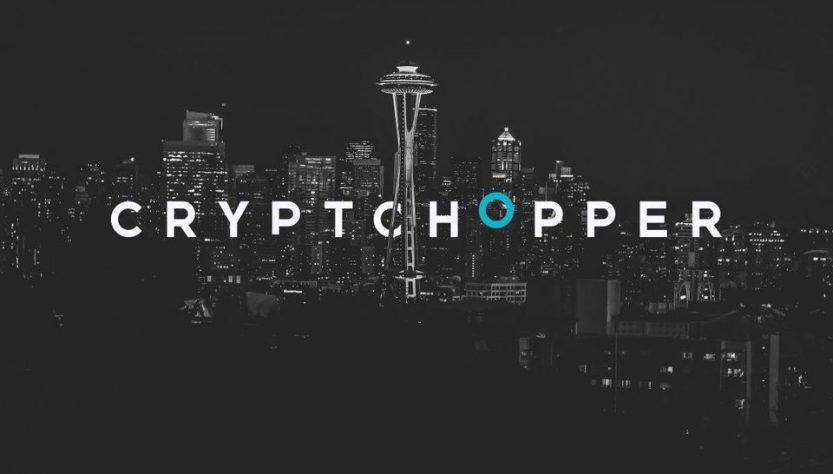 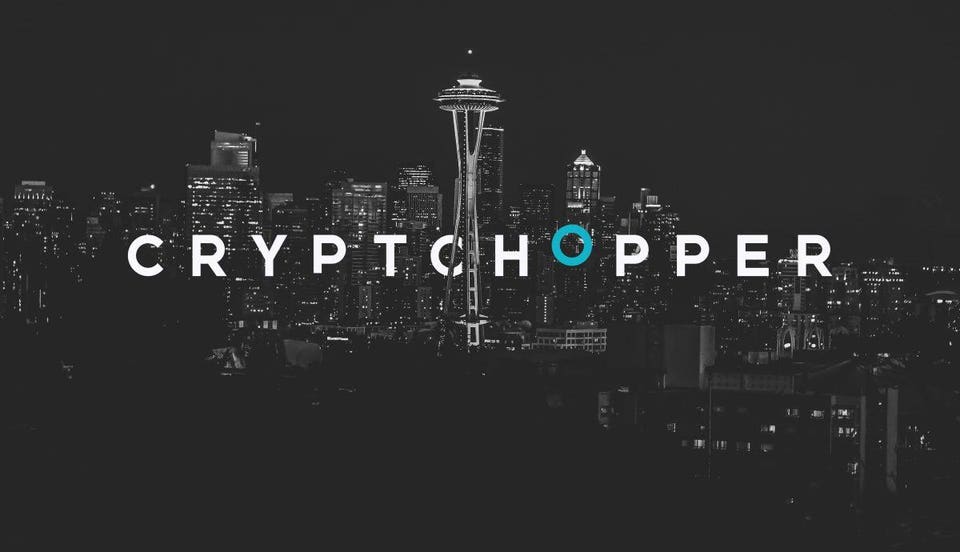 Crypto trading is a sensitive subject and with the bear market crushing almost everyone, a trading bot which simplifies the whole experience may be considered as an option.

Dutch startup Cryptohopper was founded in 2017 with only €2000 of Bootstrapped funding.  In little over a year, it went from its humble beginnings as a private-use bot on a Raspberry Pi to a cloud trading platform with hundreds of innovative features and over 85,000 users.

Pim Feltkamp is the brain behind Cryptohopper and the platform. He began learning how to code when he was only 10 years old. At 12, he started his first online business and has since sold multiple websites, apps and web tools before starting Cryptohopper in 2017 with his brother, Ruud, an award-winning actor and DJ.

Ruud took an interest in innovation and began reading books about business models, marketing, growth hacking, etc. developing a passion for entrepreneurship.  In 2016 he started trading cryptocurrencies. When Pim realized how much of his brother’s time this consumed he built a bot that would trade automatically, with the pure intention of saving time. The two brothers teamed together creating one of the fastest growing start-ups in the Netherlands little imagining that the business would be so successful.

Ruud, who today is CEO for Cryptohopper Marketplace, has worked for 20 years, since the age of nine, in film, TV and media production.   This experience gave him a platform to spring from in terms of relationship-building and the confidence needed to sell a product he believed in. He is convinced that in 2019 a tech company is also a media company. It is, therefore, necessary to create conversations, not just to take part in them.  This is what Cryptohopper strives to do via the communities they have built on Telegram and Discord.

Aware that 82% of online media consumption will happen through video by 2021,  Cryptohopper communicates by video with their communities online so that users help each other. Ruud has always had a natural interest in Business and Technology.  Having studied much about the latest innovations, business models and marketing techniques, he says that when he learned about digital currencies he was hooked. ‘The lessons I’ve learned during my acting life about self-branding have helped me brand Cryptohopper to a global audience”.

Cryptohopper recently showcased the brand new Cryptohopper Marketplace at the CES in Las Vegas. The Marketplace is a collection of high-performing trading strategies, which people at all skill levels can buy and sell to implement across the exchanges they trade on. Cryptohopper will be showing the world why cryptocurrency trading is for everyone.

The team was accompanied by HRH Prince Constantijn and displayed in the Holland Tech Square alongside 50 of the Netherlands’ ‘hottest’ startups. We spoke to Ruud Feltkamp about Cryptohopper and their plans for the future.

You have launched a new product at CES 2019? Could you outline what makes it different from other trading apps?

From the very start, we’ve been very community focused. The marketplace we introduced has now created a lively community of traders. Many of the sellers who were previously just traders have unexpectedly become entrepreneurial, selling their knowledge and developing their own brand, name and social media handles through our platform. You can view them over here.’

What would you identify as the main security issues in trading bots in today’s markets?

‘It’s vital for every user who’s interested in bot trading to perform the same level of due diligence as they would if they were looking for a human investor to trade their money. Be skeptical of any bot that asks for your crypto and promises set returns. Rather, look for promises of a bot that will implement a strategy that you have personally decided on. At Cryptohopper, we never provide financial advice or pre-set strategies, we simply promise a tool package that will implement your strategy 24/7. We also offer you the chance to buy strategies from pre-verified sellers if you don’t know how to build a strategy yourself.

We have a strict no-withdrawal policy. When the Hopper connects to your exchange account, you need to set up API keys, which are the keys to your exchange. You can allow three options of access to a bot: View, Manage and Withdraw.

The inability to withdraw funds makes Cryptohopper a bad target for malware as the funds are all stored on the exchange and we only work with exchanges that have proven to have a strong security infrastructure.’

Could you explain how your product claims to be ‘a platform for trading strategies from professionals’?

‘The reason why we call our software a platform is because experienced traders can offer their services on it. They can send buy/sell signals, but they can also create strategies in the strategy designer and offer them for sale in their own branding. The effectivity of their signals is displayed in so-called “performance reports”, and strategies can be (back)tested and reviewed”.

Ruud explains that Marketplace sellers are screened before they can offer their services. In addition, he states that they are constantly looking for experienced traders and approach them with the offer to join us and sell their strategies to the public. The services that the experienced traders offer can be tested and reviewed by our users.  This creates an ecosystem of users who test, review and share their experiences with community channels such as Telegram, Discord, and YouTube.

In today’s bear market do you believe that trading bots can be more effective in making gains?

‘Trading will always be more difficult in a bear market, and that’s why it becomes more vital than ever that your strategy is on point. A traders’ game is to buy and sell. Yet, selling is actually a huge issue for most people. Emotions get in the way and people panic-sell or greed stops them from selling at all. Let’s say you told yourself, “I want to sell all my assets at 4% profit, (Take Profit) and sell some coins a little sooner, some a little later (Config Pools) or track some up and only sell when they drop by 2% (Trailing Stop-Loss).” That’s a predetermined strategy, that cannot fall victim to emotion”.

Ruud explains that with Cryptohopper, you can offload half the work you must do as a trader (selling) and have twice as much time to focus on choosing great indicators. However, many have never heard of indicators such as RSI, MACD or the Parabolic Sar so the app simplifies things to that extent.

How convenient is it that you can buy a strategy and have it implemented automatically?

“We believe that the combined cooperation of humans and bots is where the power of automatic trading lies. Bear markets are also often characterized by sideways markets. These are very annoying to traders, as you have to spend all your time and effort trading for 1% profit per asset, rather than the 10% you’ll see in an upmarket. Cryptohopper, on the other hand, can be used as a powerful scalping tool and will easily scan 75 coin charts simultaneously and wait for each asset to hit 1% in the profit. It’ll keep doing this 24/7, which is another bonus because crypto trading never sleeps like the traditional stock markets, so neither should your Hopper bot. Doing this manually is just not worth it for the modern-day trader, who usually has a job, responsibilities and a life.”

Ruud ’s love for  TV and film shaped his working life and skills. But when with his brother and he began to see the potential for Cryptohopper, digital currencies, and blockchain technology, they immediately realized that we were onto something big. Halfway through 2018, Ruud had to choose to continue with the Dutch TV show he starred in, or spend all the time on Cryptohopper. He unreservedly says, ‘I chose Cryptohopper.’  He is convinced that the madness of 2017 is overcome and the market is maturing. and beginning to stabilize. ‘We now have to work on the speed and scalability of blockchain technology and its usability in daily life’.

According to Ruud, STOs (securitized tokens) will become the new ICO in 2019. One of the aspects that differentiates an STO is the fact that these tokens are backed by an asset rooted in the real world. That could be a revenue share or a stake in the company. “You can compare an STO to a traditional IPO, but for in the crypto space. Imagine buying a share in a company, and eventually paying with those shares for your groceries in the supermarket”, he adds.

Big tech giants are jumping on the bandwagon. It’s no secret that Facebook is building their own cryptocurrency. IBM and Google are also moving into the space. Ruud expects to see so much more innovation in the actual development of the technology from these giants.

“I’m not sure that there will be a big bull run in 2019, but I do believe that the market will gain positive sentiment again. If there’s big news regarding an ETF or good governmental regulations it will stimulate the market. But with big highs come big lows. I think we’re all looking for stability at the moment, whilst all the post-invested-in projects (that are still alive) can work on their technology. So, a stable 2019 would be better for the industry than a bull run.”

What are the next steps for Cryptohopper in 2019?

‘Most of our customers are based in the US and Europe. We want to start offering our services in Asia, South-America, and some African countries as well. We have started to build our API and app market. This allows third-party developers to create applications for Cryptohopper. This should be publicly available in Q2 of 2019. We’re also working on the mobile app for Cryptohopper, which is in high demand, and we are investigating the applicability of AI”.

Cryptohopper promises to become faster and easier to use.  It will provide more tools and add more Indicators and Candlestick Patterns on top the existing 130, to ensure that users never miss the optimum buy and sell moments 24/7, Ruud concludes.