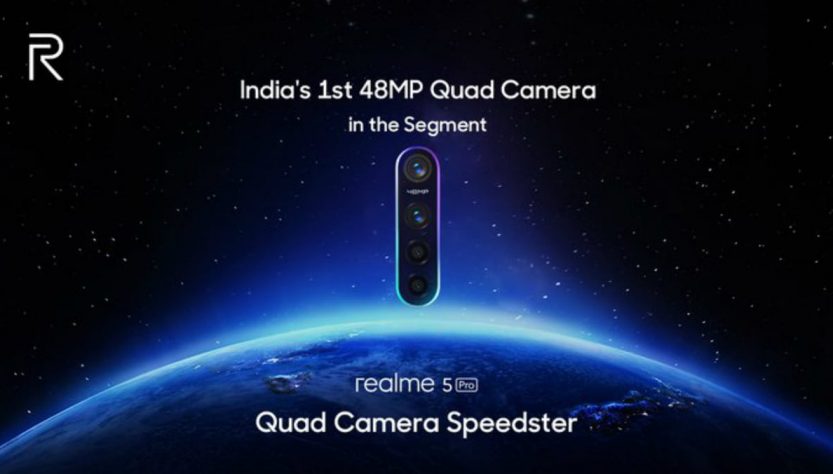 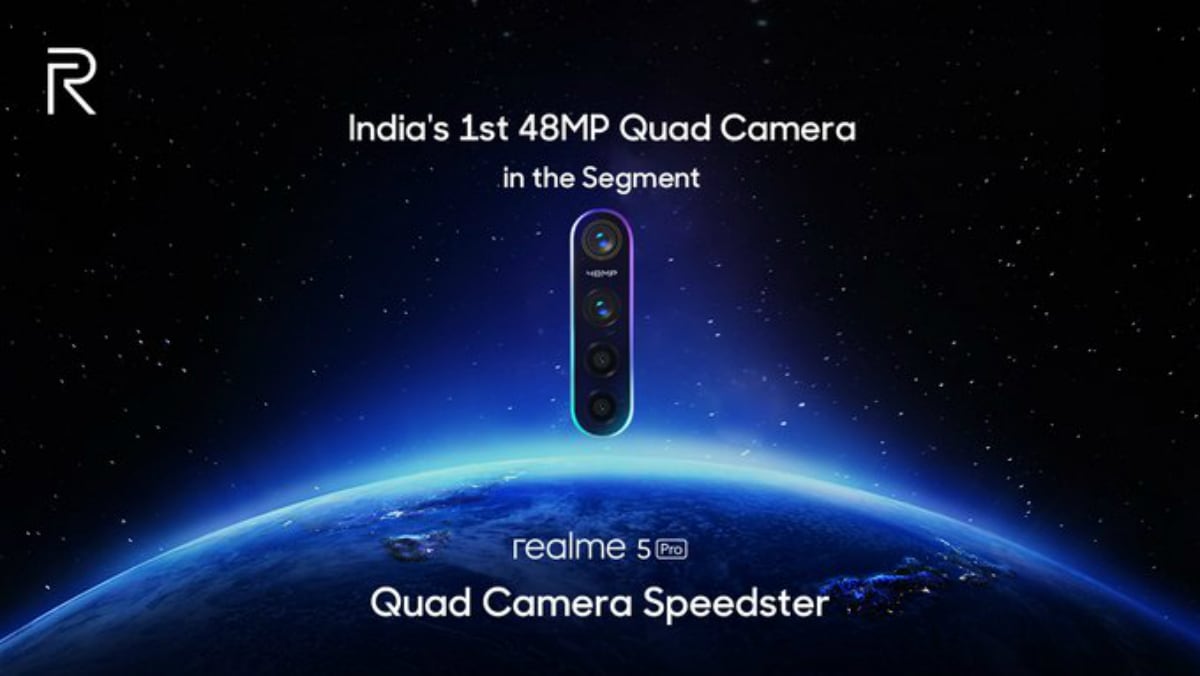 Realme 5 Pro and Realme 5 – the Realme 5 series – will launch in India on August 20, Realme has announced in Twitter posts. The company has confirmed that the quad camera setup at the back of the Realme 5 Pro will include a 48-megapixel sensor, and it will be placed vertically one below the other. The phone will launch in India at 12:30pm IST, and it will be available on Flipkart. The quad camera setup consists of a 48-megapixel primary sensor, an ultra-wide sensor, a super macro sensor, and a depth sensor for better portraits.

Realme Mobiles took to Twitter to announce that the Realme 5 Pro will be launched in India on August 20. Whether the Realme 5 will launch alongside or not, is a mystery. In its tweet, Realme also reveals that the phone will have a 48-megapxiel sensor, and this will be the first phone in India to sport such a large sensor in a quad camera setup in its segment. The launch will begin at 12:30pm IST on August 20.

In a separate post, Realme reveals the Realme 5 will be launched alongside, matching Flipkart’s dedicated page. Not much is known about the Realme 5 for now. The Flipkart page suggests that the Realme 5 Pro’s secondary sensor will be equipped with an ultra-wide-angle that carries a 119-degree field-of-view, tertiary sensor with a super macro lens sporting a focal length of 4cm, and a fourth sensor with a portrait lens. The video teaser released earlier by Realme confirms that the phone will have a glossy back panel and a rear fingerprint sensor.