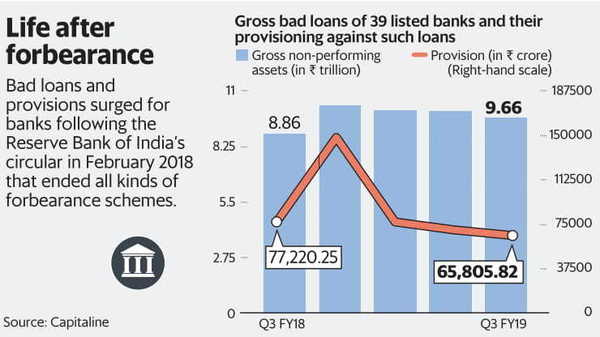 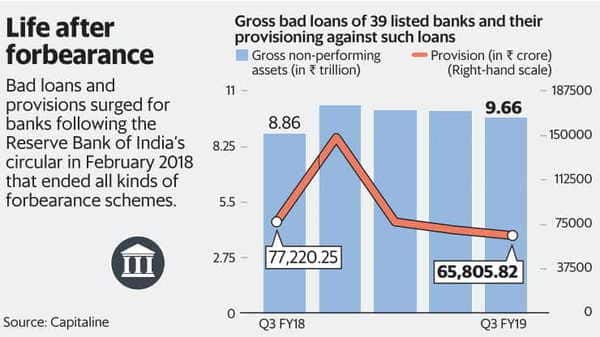 Indian banks are famous for dragging their feet in taking decisions over soured loans. In the past, they had the full support of their regulator, the Reserve Bank of India (RBI), although that backing has waned in recent years.

Still, old habits die hard. State Bank of India chairman Rajnish Kumar said last week that lenders to Jet Airways (India) Ltdwould make every effort to keep the airline from slipping into bankruptcy, as it would further erode the company’s value. Such an approach is fraught with risks.

What’s more, this was soon after an operational creditor, Ericsson AB, won a case in the Supreme Court that made Reliance Communications Ltd (RCom) pay it nearly half of what it was owed. This left banks red-faced, as Ericsson, an unsecured creditor, moved from being among the last in the queue for recovery, to first.

But to paint the Ericsson win as a complete failure for banks would be unfair. Ericsson’s repayment was the result of a contempt order from the Supreme Court that involved a jail term for RCom’s promoter if he failed to comply with the order. The amount involved as dues was also small. The ₹1,150 crore dues is paltry compared with banks’ exposure of roughly₹40,000 crore. Operational creditors have been able to get back money from errant companies through the threat of insolvency proceedings in other instances.

Even so, these cases show that Indian banks are terrified of taking companies to insolvency courts though they see little hope in getting their money back on time. While there have been cases where companies have been dragged to the bankruptcy process, in a large number of cases, that was at the prodding of RBI.

The prime reason for this fear is that a resolution plan in their case would have to involve deep haircuts. “We can understand why bankers are reluctant for insolvency proceedings in some cases where a services company is involved. IBC is not the ideal platform to take a services company because they are thin on assets,” said Abizer Diwanji, partner and national leader (financial services) at EY India. IBC is the Insolvency and Bankruptcy Code.

Liquidation is akin to writing off the entire loan. A precursor to those haircuts would be the mandated 50% provisioning against the loan once the borrower is admitted to insolvency courts. A restructuring, on the other hand, would entail only 15% provisioning. Already bleeding due to provisioning against legacy stock of bad loans, banks do not want the nascent recovery in their balance sheets to be snuffed out by another wave of provisioning.

In the case of Jet Airways too, it remains to be seen how long bankers can prolong the inevitable. The resolution plan would without doubt contain a debt-to-equity conversion. Emergency funds of ₹1,200 crore will be provided, as per media reports.

Ironically, banks will now own the very companies which had turned defaulters. Finding a strategic buyer and keeping haircut to the minimum is like the dream of having the cake and eating it too. In the case of Kingfisher Airlines, a similar arrangement had blown up in their face.

Banks need to realize soon that extending and pretending only makes them look gullible to take more risky assets. They have already hiked the stakes in the game by becoming largest shareholders of defaulting borrowers. To pull an Ericsson on defaulters is unthinkable.

Reliance Group companies have sued HT Media Ltd, Mint’s publisher, and nine others in the Bombay high court over a 2 October 2014 front-page story that they have disputed. HT Media is contesting the case.