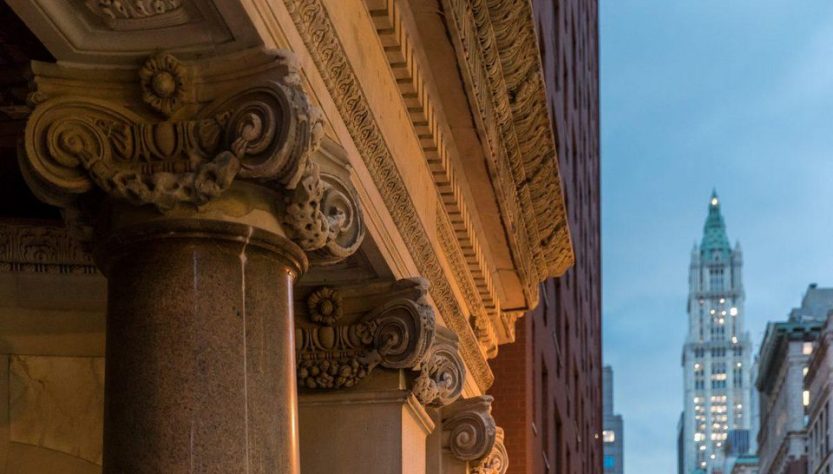 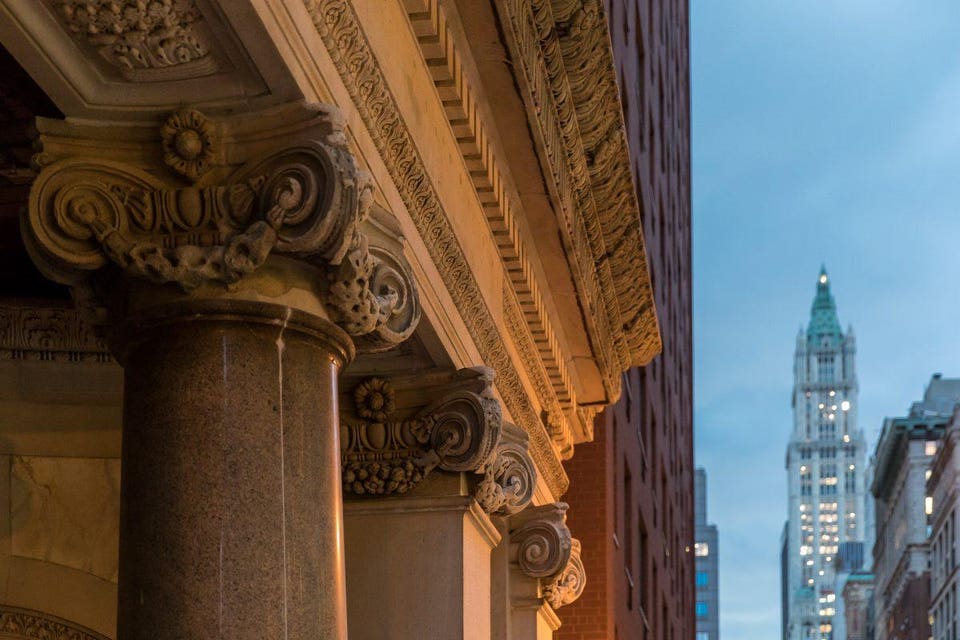 With Lower Manhattan becoming more of a draw as a lively residential neighborhood rather than a desert after dark, some of its vacant office buildings and banks, vaults and all, are being turned into luxury residences.

The Elad Group, a developer that specializes in landmark property conversions, including the Plaza Hotel further uptown, is behind the transformation of 108 Leonard. Also known as the Tribeca clock tower building, this Italian Renaissance Revival building designed by McKim Mead & White was once the headquarters of the New York Life Insurance Company and later served as a criminal court. 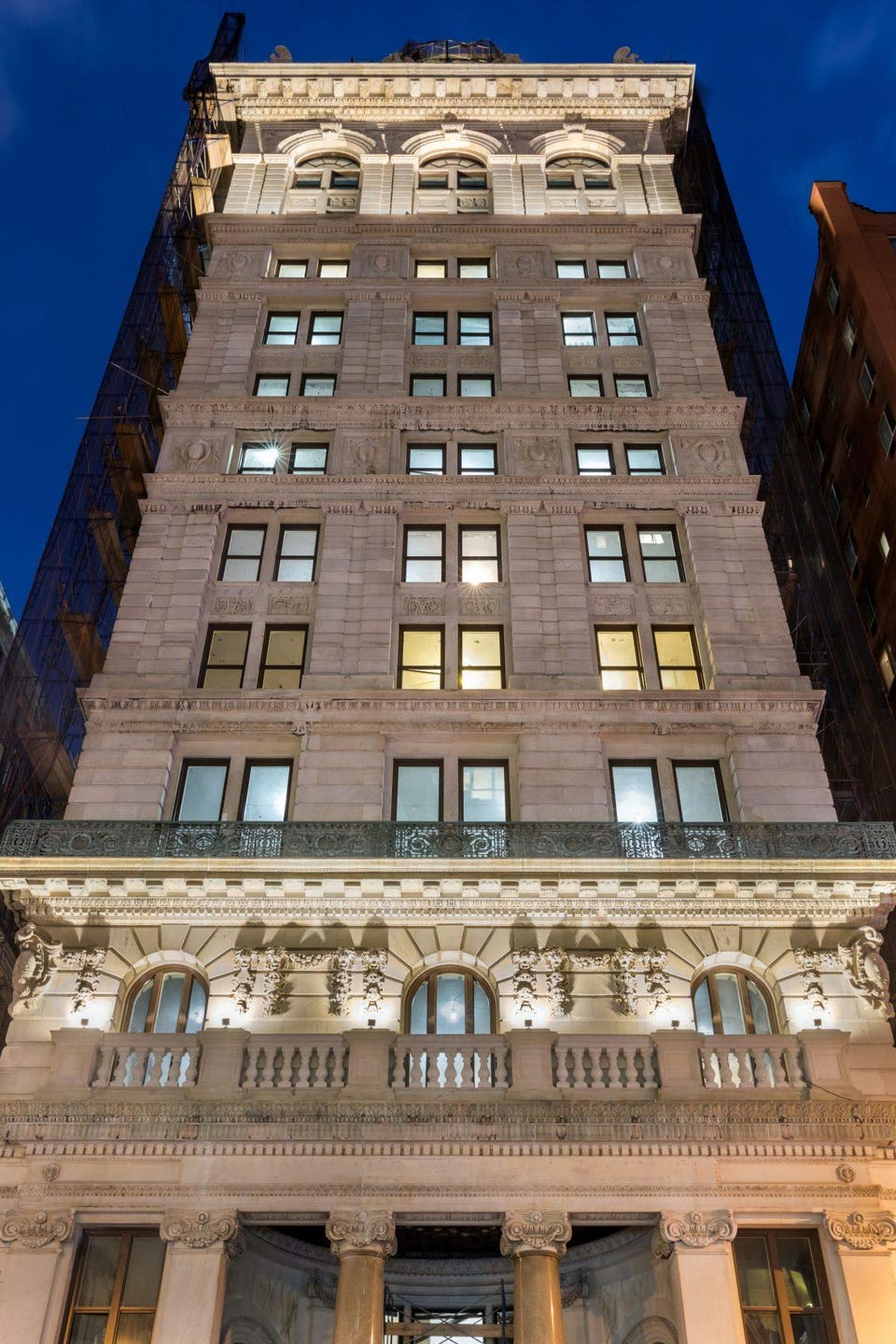 The 167 residences, which range in price from $1.43 million to $11.5 million, have varying floor heights, arched windows and interiors by Jeffrey Beers International. Though Elad had intended to have the building’s historic clock tower be part of the building’s triplex penthouse, a judge ruled in 2017 that the developer could not move forward with that part of the project. 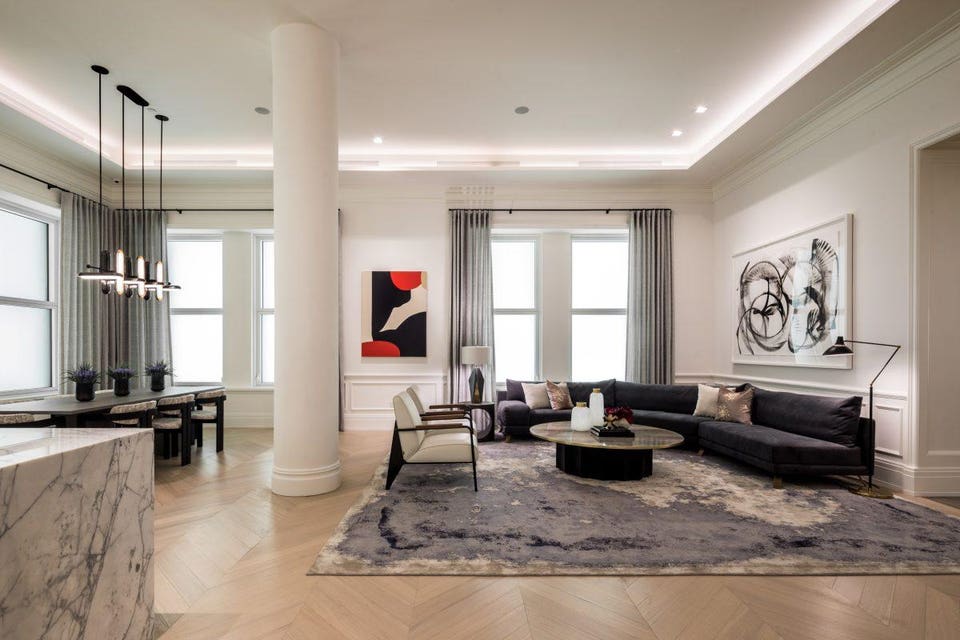 The building’s banking hall will house commercial space and there will be such amenities as an indoor pool, fitness center and rooftop gardens. 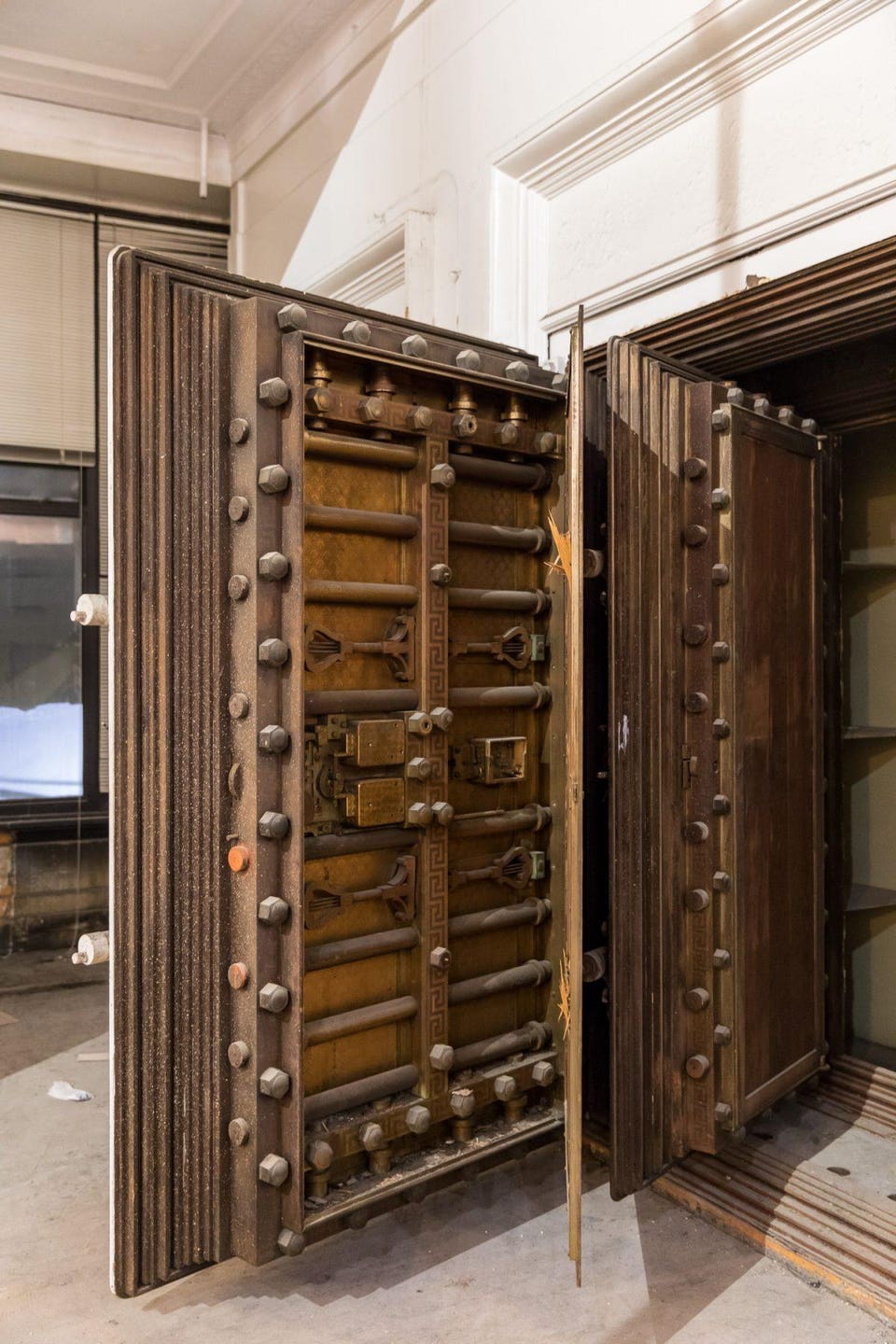 108 Leonard comes with a vault that the developer envisions being transformed into co-working space, a restaurant or an event space.Evan Joseph Photography

Elad is currently working on restoring the space’s 28-foot ceiling and removing paint from marble columns. 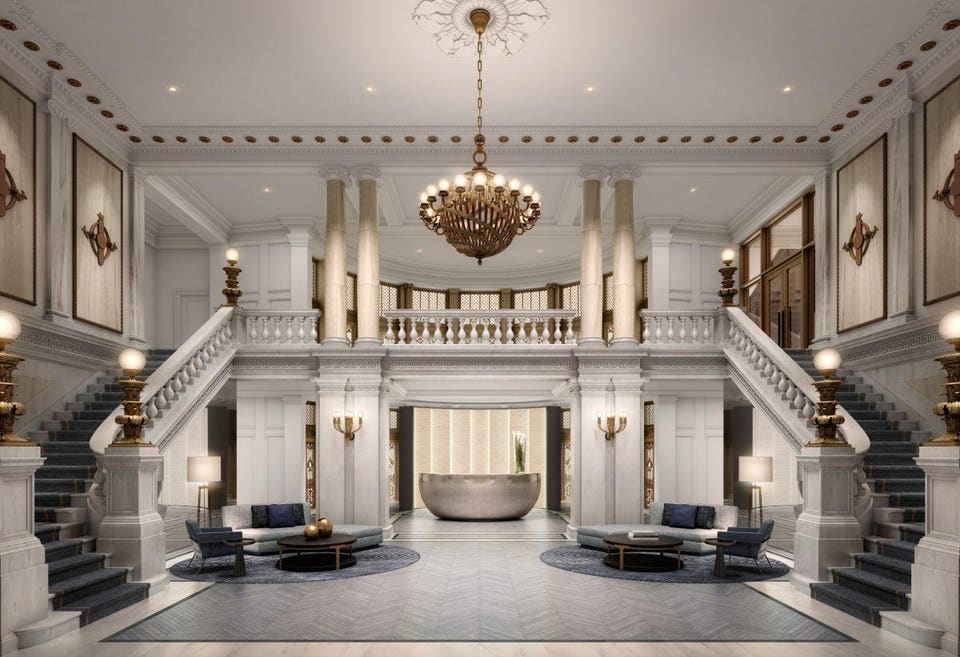 A rendering of the 108 Leonard lobby.DBOX

“There’s a jewel-type feeling to them and it’s something you cant replicate today,” says Samantha Sax, chief marketing and design officer for Elad Group. “You’re seeing a lot of that now because people are looking for not just modern design but that attention to detail.”

The developer has a few different ideas in mind for the building’s vault, including a restaurant, a private room in a co-working space or an event space.

“We have renderings with our vision of the space,” Sacks says. “We hope that whoever moves into that space can bring that vision to a reality.” 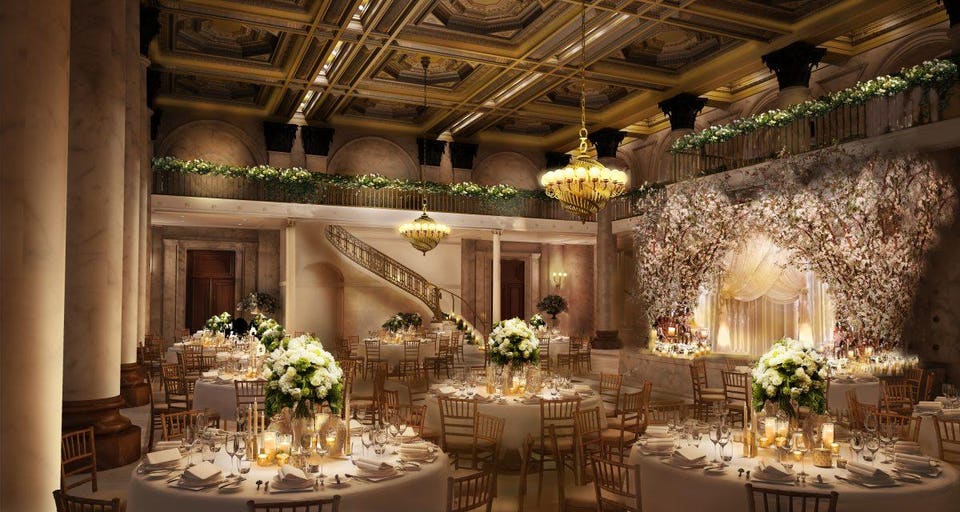 A rendering of the event space at 108 Leonard.Jeffrey Beers International

Move-in is expected starting this spring.

Nearby, 49 Chambers, a 1912 Beaux-Arts building that once housed the Emigrant Industrial Savings Bank, is being converted into a 99-unit building by the Chetrit Group, with units ranging in price from $1.67 million to $8.95 million.

Also previously owned by the city, which sold the building to Chetrit in 2013 for $89 million as part of an effort to shed excess office space (Elad and the Peebles Corporation purchased 108 Leonard from the city at the same time for $160 million) 49 Chambers features a landmarked space on the ground floor that once served as the heart of bank, which was the tallest bank building in the world at the time of its construction. 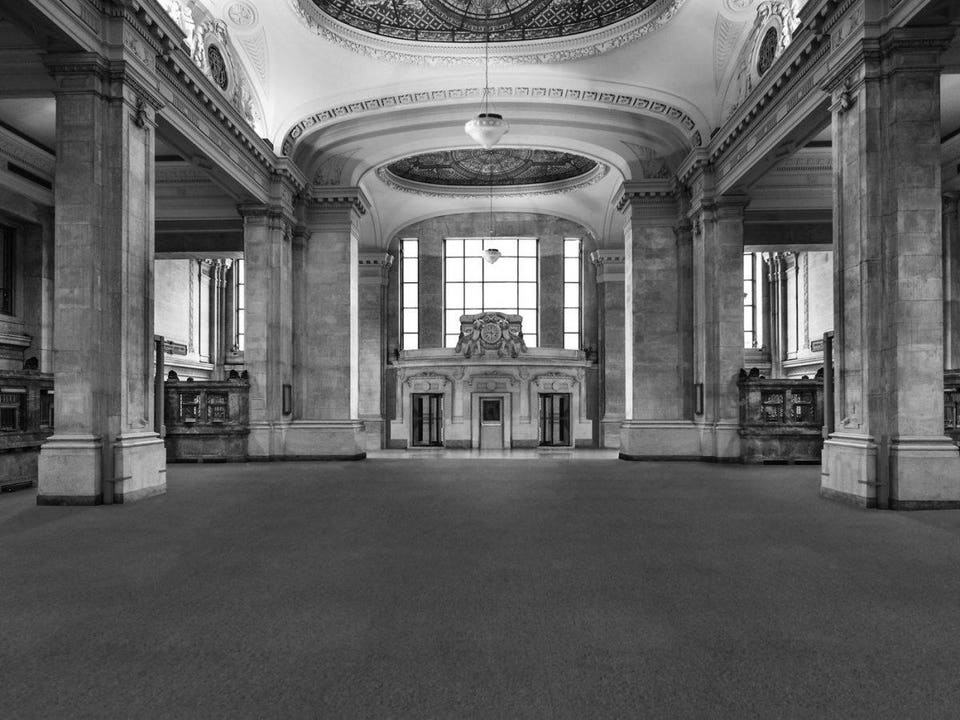 “When we walked in we were shocked at how beautiful everything was,” said Ariel Chetrit of The Chetrit Group.

The space also had three vaults, though Chetrit said the developers removed two because they were “not architecturally interesting.” They are marketing the vault space as a restaurant akin to Capitale on the Bowery or Cipriani Wall Street. 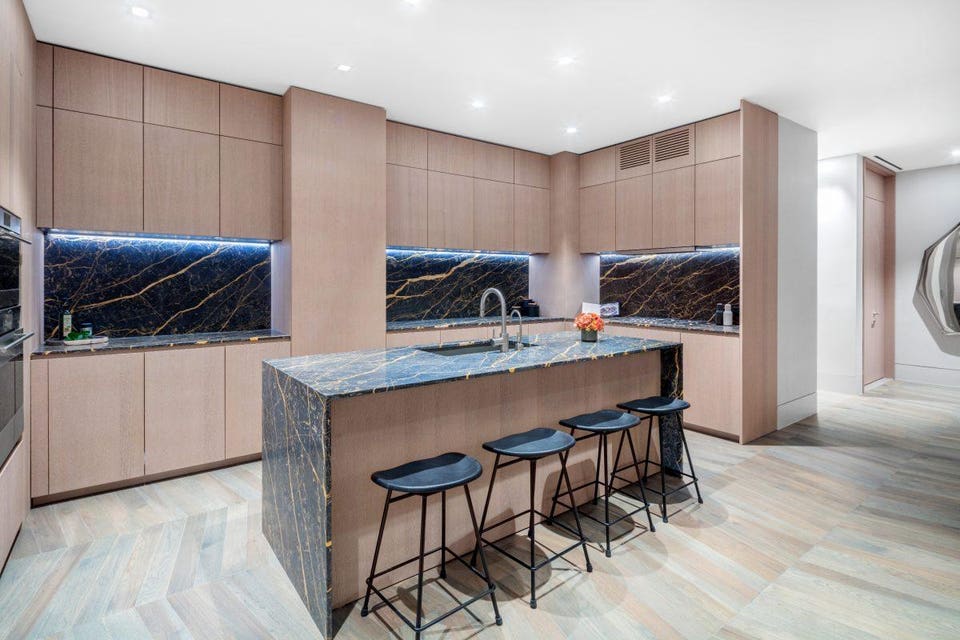 The apartments are also larger than the developer is used to building because of the size of the space, Chetrit says.

On the road to conversion is the former American Bank Note building at 70 Broad St., just down the street from the New York Stock Exchange, built in 1908 by Kirby, Petit & Green for a company that produced bank notes, currency, stamps and stock certificates. It’s currently owned by a Chinese construction and investment company.

Aside from a grand lobby and conference rooms, the neoclassical 19,500-square-foot building, on the market for $43 million, has three apartments and is zoned for commercial and residential use. It’s being marketed by Danielle Grossenbacher and Gabriel Rosario of Brown Harris Stevens as a hotel, club, restaurant, retail, office or residential development with substantial air rights.

And 20 Broad St., once home to the New York Stock Exchange, was recently converted to luxury rentals by MetroLoft Developers, with apartments starting at $2,735 a month.