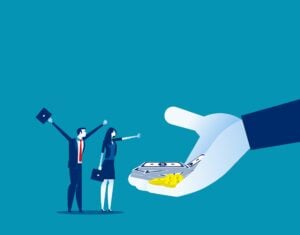 Anytime your employer does not pay you for all the work you do, they are breaking the law. In addition to demanding your pay, you have the right to hire a wage theft lawyer and file an official complaint. Succeeding with such a claim can result in receiving all the money you are owed with interest, and an award of monetary damages on top of that.

If you suspect managers and supervisors are stealing wages from you and your coworkers, take the following six steps.

1. Know what your employer is legally obligated to pay you

As wage theft lawyers practicing in Cleveland, Ohio, we typically advise and represent workers who earn at or close to the minimum wage. As we write this, the state minimum wage is $8.80 per hour for most employees and $4.40 per hour for individuals who regularly accept tips, such as wait staff and bartenders. When tips do not raise a person’s average hourly wage to $8.80, the employer must make up the difference.

Each state sets its own minimum wage; some are higher than Ohio’s, and some are lower. If you get paid by the hour, make sure you know the minimum wage for where you work.

Employees who receive a salary instead of an hourly wage can also experience wage theft. Companies are not above breaching contracts, especially when it comes to paying guaranteed bonuses or distributing commissions. No matter how you are paid, check your pay stubs or direct deposit logs to ensure you are receiving your contracted salary and extras.

2. Know your rights under laws to prevent wage theft

The real work of fighting wage theft starts with determining that an employer has broken the law. Several federal, state, and local statutes dictate when and how companies and agencies must pay employees. Discussing all of those laws in a single article would be impossible. Three that every worker must know are:

Prevailing wage laws may also come into play in places, like Cleveland, where the workforce is highly unionized. Without going into too much detail, a prevailing wage law requires companies that take government contracts to pay a statutory wage to skilled and unskilled laborers even when those workers are not members of a union. Applying a prevailing wage law becomes complicated quickly, but a wage theft lawyer will know the enforcement process.

3. Track your hours and pay carefully

Succeeding with a wage theft claim requires presenting clear documentation that your employer failed to pay you for each hour or day you worked and/or denied you the overtime pay you earned. You will primarily use company records as evidence, but a ledger you keep of your hours and pay will also be useful.

When you start to suspect that your wages are being stolen, begin writing down when you start working and when you go off shift each day. Do this even if your employer uses timecards or shift software. Keep your records at home so your manager cannot steal them along with your pay.

Wage theft takes many forms, and all are worth fighting against. All employees should watch for:

5. Speak with your coworkers

Recent court decisions and regulatory clarifications have affirmed workers’ rights to discuss wages, overtime, hours, and salaries with their colleagues. Exercising these right can reveal wage theft and patterns of unequal pay very quickly and plainly.

Here, it is also important to note that a person can make a wage theft complaint on behalf of a coworker or as a member of a group of workers who were subject to the same illegal treatment. Class and collective actions against employers who steal wages are common and have a long track record of succeeding.

A worker who has evidence of wage theft should contact an attorney who specializes in fighting for employees’ rights. This conversation can occur while you are still employed or within months of when you leave for a job where you receive better treatment. Do not wait too long, however. Statutes of limitations apply under all wage theft laws.

An experienced employment attorney will know which laws to invoke, how to obtain and present evidence, and how to take legal actions that get results. Most attorneys will also handle such a case on a contingency basis, meaning they will only get paid if you secure a settlement or win a court case against your employer.