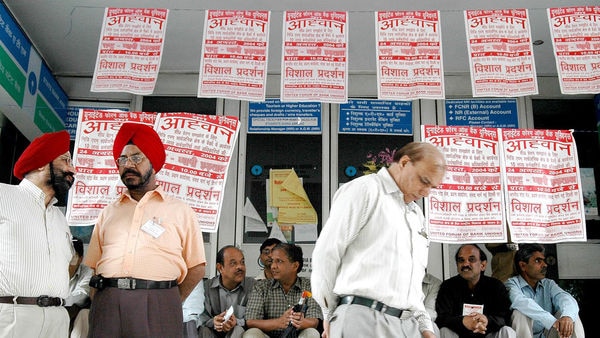 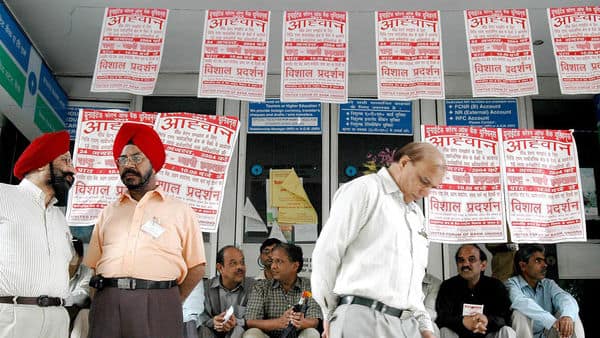 CHENNAI : Banking operations were largely affected in the country on Friday owing to the strike by bankers pressing for early settlement of wage revision, said a top leader of All India Bank Employees’ Association (AIBEA).

“In the clearing grids in Mumbai, Chennai and Delhi, about 31 lakh cheques worth about ₹23,000 crore could not be cleared due to the strike. Most of the bank branches remained closed. Cash could not be deposited or withdrawn, C.H. Venkatachalam, General Secretary, AIBEA said.

The United Forum of Bank Unions (UFBU), an umbrella body of nine unions in the banking sector had given the strike call for 31 January and 1 February.

“As per reports reaching us from all over the country, mainly from major states like Tamil Nadu, Maharashtra, Andhra Pradesh and Telangana, West Bengal, UP, MP, Delhi, Punjab, Gujarat, Karnataka, Kerala, Bihar, etc. banking transactions have been greatly affected,” Venkatachalam said.

The bankers have called strike on the day when the Economic Survey will be presented and Finance Minister Nirmala Sitharaman would be presenting her second budget on 1 February .

Venkatachalam said wage revision settlement in banks is due from November, 2017 because the last settlement ended in October, 2017.

Even though discussions are going on for the past 30 months, the bank managements and Indian Banks’ Association (IBA) did not come forward to settle the demands with a reasonable increase in salary looking to inflation and heavy workload on the employees.

“In the conciliation meeting held by Chief Labour Commissioner (CLC) in Delhi on Jan 27, 2020, attempts were made to reconcile but the discussions did not result in any conclusion. Hence the CLC advised the IBA to hold direct bilateral talks with the Unions before the strike and try for a solution,” Venkatachalam said.

According to him, the last minute discussions held between managements and bank unions at Mumbai on Jan 30 did not clinch the issues and hence the Unions decided to go ahead with the two days strike on 31 January and 1 February.