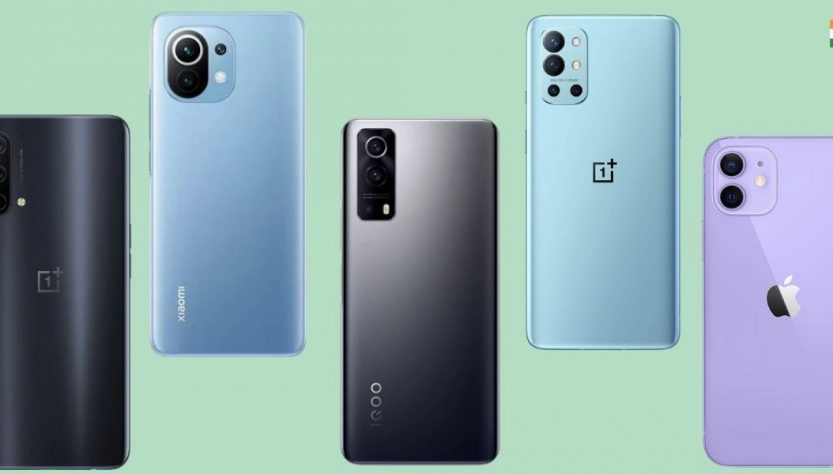 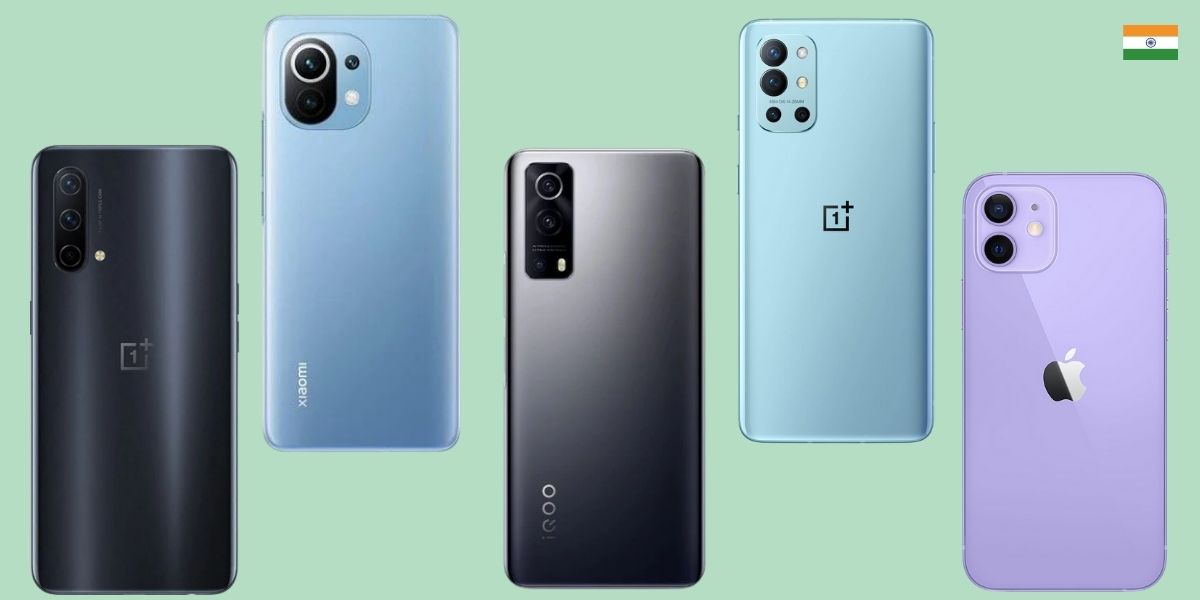 While the noises around the Chinese products seem only to increase, the country and its citizens show a keen interest in buying products made in India. And most of the smartphone manufacturers who earlier had their primary manufacturing plants set in China are now moving things to India to make it beneficial for the country and their brand.

Xiaomi is one of the biggest smartphone brands in India. And a brand of its size has moved most of the manufacturing of its products/assembling to India, including its Smart TVs, smartphones, and other accessories. Other manufacturers such as Oppo, Realme, and OnePlus are owned by a single entity, BBK Electronics, have set up a plant in Noida. So it is no wonder that other companies such as Vivo, Samsung, and Apple are also following their way to India.

While we look for the smartphones that fall under our budget, if the place of its manufacturing bothers you and you want to look at the phones that are being made in India, we have grouped the top 5 Made in India smartphones in this list.

OnePlus unveiled the Nord brand earlier last year, and now they have come up with yet another 5G phone under the Nord branding. The OnePlus Nord CE 5G is powered by the 5G Snapdragon 750G chipset and Adreno 619 GPU. In addition, it sports a 6.43-inch Fluid AMOLED display with a 90Hz refresh rate and 409ppi.

The cameras have a triple rear camera setup with a 64-megapixel primary sensor, 8-megapixel ultra-wide angle sensor, and a 2-megapixel macro sensor along with an LED flash. On the front, it has a 16-megapixel selfie camera in the form of a punch-hole in the display. It comes with a 4,500mAh battery that supports Warp Charge 30T with a type-C port. It comes with Oxygen 11 OS out of the box, and the price starts at Rs. 22,999 for the base 6GB RAM + 128GB storage variant.

After announcing the Mi 11 series in India, Xiaomi has got the best pricing for the Mi 11 Lite. It is powered by the octa-core Snapdragon 732G along with Adreno 618 GPU. In addition, the Mi 11 Lite comes with a 6.55-inch AMOLED display with a 90Hz refresh rate and 402ppi.

In the camera section, the Mi 11 Lite sports a triple-rear camera setup with a 64-megapixel primary sensor, 8-megapixel ultra-wide angle sensor, and a 5-megapixel macro sensor. It has a 16-megapixel selfie camera on the front in the form of a punch-hole on display. With a 4,250mAh battery, the device supports 33W fast charging that charges up to 62 per cent in 30 min. The base variant with 6GB RAM + 128GB storage starts from Rs. 21,999 exclusively from Flipkart.

Xiaomi phones and smart TVs are being assembled/manufactured in India out of the Andhra Pradesh plant and two other plants in Tamil Nadu.

iQOO recently launched the iQOO Z3 in India into the mid-range mobile segment. The iQOO Z3 comes with an octa-core processor, the Snapdragon 768G bundled with Adreno 620 GPU. The device sports a 6.58-inches IPS LCD display on the front with a 120Hz refresh rate and 401ppi.

The iQOO Z3 is equipped with a triple rear camera setup with a 64-megapixel primary sensor, an 8-megapixel ultra-wide angle sensor, and a 2-megapixel macro sensor. On the front, it has a 16-megapixel selfie camera in the waterdrop notch. The device is backed by a 4,400mAh battery that supports 55W fast charging with a USB Type-C port. The base variant of iQOO Z3, the 6GB RAM + 128GB storage.

The iQOO Z3 is manufactured in its parent company, Vivo’s plant in Noida. Vivo also announced another plant in Uttar Pradesh recently.

OnePlus’s latest addition to the 9 series includes the OnePlus 9R, which is a great deal for its price. The OnePlus 9R sports a 6.55-inch Fluid AMOLED display with a 120Hz refresh rate and 402ppi. In addition, the glass has Gorilla Glass 5 protection, and the display supports HDR 10+ and Widevine L1 certification. It is powered by the octa-core Snapdragon 870 chipset, which is bundled with Adreno 650 GPU.

The OnePlus 9R is equipped with four rear cameras with a 48-megapixel primary sensor with OIS, 16-megapixel ultra-wide angle sensor, a 5-megapixel macro sensor, and a 2-megapixel monochrome sensor. On the front, it has a 16-megapixel selfie camera housed inside a punch-hole on display.

Apple recently launched the latest iPhone 12 series globally. The iPhone 12 is the best iOS mobile for its price. It comes with a 6.1-inch Super Retina XDR OLED display with 460ppi that supports HDR10 and Dolby Vision. It is powered by the Apple A14 Bionic chipset, which is a Hexa-core processor bundled with Apple GPU.

The iPhone 12 comes equipped with a dual-rear camera setup with a primary 12-megapixel sensor with OIS and a secondary 12-megapixel ultra-wide-angle sensor. On the front, there is a 12-megapixel selfie camera housed inside the thick notch. It is power-backed by a 2,815mAh battery that supports 20W fast charging via the lightning port, which can charge the phone to 50 per cent in just 30 min. The base variant with 64GB storage is priced at Rs. 70,900 and up to Rs. 94,900 for the 256GB variant.