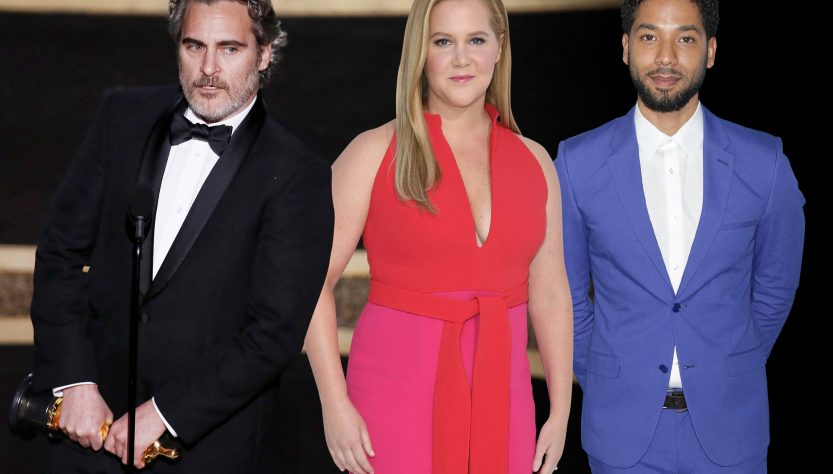 The 24 million people who watched this year’s Academy Awards got to see what Hollywood has become: an industry that cares less about producing quality entertainment, and more about reinforcing a culture that puts a premium on grievance, oppression and victimhood.

No one is more committed to fortifying the standing of victims and their unearned privileges than liberal celebrities. What are each of the nationally televised awards ceremonies if not tributes to social justice, celebrations of “diversity” and recognitions of various forms of hardship that women, ethnic minorities and non-heterosexuals are assumed to endure?

Joaquin Phoenix, Best Actor recipient at last Sunday’s Oscars, made sure to use his acceptance speech as an opportunity to highlight “gender inequality,” acknowledge “queer” and “indigenous” people, and, of course, condemn “racism” — none of which had anything to do with his movie “Joker” or the award he was presented with. But that’s beside the point — he knew he would at least get an affirming round of applause from his peers for signaling that he cared about marginalized people.

It would be a harmless gesture if it weren’t for the fact that Hollywood has fetishized oppression and victimhood to justify an endless stream of bad content and mediocre talent.

Look no further than out-of-work actor Jussie Smollett. According to Chicago police and a special prosecutor assigned to the case, Smollett faked a hate crime in 2019 to boost his middling career as an actor and singer on the Fox drama “Empire.”

Before the incident, few people outside of “Empire” viewers had ever heard of him. But after claiming to have been attacked by racist white Trump supporters who called him a “faggot” and “n—-r,” his sexuality and race were suddenly elevated as forms of oppression. And what do you know? He instantly received an outpouring of support from much bigger celebrities than him — including Zendaya, Ariana Grande and Kerry Washington.

It wasn’t his work that earned him that recognition. It was his claim to victimhood that made him truly famous.

Our culture of victimhood didn’t happen overnight. American academia has been preaching that gospel for decades and it has now seeped into the entertainment industry, where the dramatic dynamic of a power struggle — the privileged versus the victimized — is a natural fit.

As a result, self-“privilege checking” — where celebrities confess the sin that they have certain advantages related to their gender, race or sexuality — is now a hallmark in Hollywood. The purpose is to signal that their hearts are pure and thus, so is their work product, even if it’s not really that good.

Just take Amy Schumer. When she promoted her terrible 2018 film “I Feel Pretty,” which scored a 36 percent approval rating on Rotten Tomatoes, the comedian apologized for having been the white woman to star in it. “It’s not a perfect movie,” Schumer told Time magazine at the time. “It would be great if my role had been played by a woman of color and there were more trans people in it, more people with disabilities.”

Meanwhile, actor Armie Hammer promoted his starring role in a satirical Broadway show aptly titled “Straight White Men” in 2018 by offering his own apology for being, in fact, a straight white man.

“[T]he play is so brilliant and prescient and timely,” he said. “It deals so well with the concepts of toxic masculinity and white privilege, which we’re finally reckoning with as a society.”

But perhaps no one has done it better than Meryl Streep. During her Golden Globes speech in 2017, she told the room of celebrities, movie critics and Hollywood executives that they made up “the most vilified segments in American society right now.” In Streep’s remarks lied the ultimate irony: That some of the most powerful people in America could actually view themselves as victims.

After all, if you’re not claiming victim status in Hollywood, you’re not advancing quickly enough.