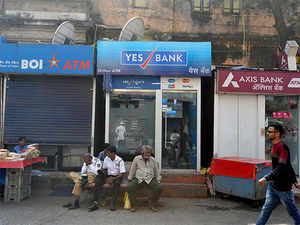 (This story originally appeared in

on Feb 03, 2020)
MUMBAI: Private sector banks will be the biggest gainers of the government’s decision to hike deposit insurance cover to Rs 5 lakh from Rs 1 lakh in the Union Budget. However, the higher insurance costs, estimated at Rs 28,400 crore, will be borne by the entire banking system. According to Credit Suisse, the estimated increase in deposit insurance premium would be around Rs 28,400 crore ($4 billion) for the system, which is likely to be passed on to banks’ customers.

Nearly all of the claims paid by the Deposit Insurance and Credit Guarantee Corporation (DICGC), the RBI arm which insurers deposits, has been in respect of co-operative banks. While private lenders have failed in the past, they were merged with stronger banks, by using moral suasion in some cases.

Although co-operative banks have been failing frequently, the deposit cover is unlikely to give them enough leverage to expand their base as most of them are regional. On the other hand, private banks now have a pan-India reach and have often risked a run on the bank following rumours. Meanwhile, public sector banks, including those that have posted losses for 10 successive quarters and reported a high percentage of NPAs, have never seen a flight of deposits. Even when the RBI placed half of the nationalised banks under prompt corrective action (PCA) framework, depositors never pulled out funds as they were convinced of government support.

The DICGC received total premium income of Rs 12,043 crore from banks in 2018-19. The deposit insurance fund stood at Rs 93,750 crore in FY19. It insured deposits of Rs 33.7 lakh crore out of total of Rs 120 lakh crore from 2,098 banks. Despite the cover increasing fivefold, the premium will not go up proportionately because the number of Rs 5-lakh deposits are small relative to the total depositor base.

According to ICRA SVP and group head (financial sector ratings) Karthik Srinivasan, the awareness of deposit insurance would not be high. He said the fact that the increase in deposit insurance cover to Rs 5 lakh was announced in the Budget would increase awareness and bank deposits would be seen as safer.