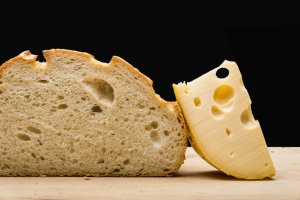 THERE’S A LOT OF BAD advice swirling on the web about food and nutrition. You can find this misinformation scrolling through any of the social media platforms. The problem is that many of these nutrition claims are not science-based and are coming from so-called experts who haven’t studied nutrition or had any hands-on experience with food. Even worse, some of these fallacies make you feel that if you don’t follow them you’ll be doing something “bad.” They can bring about feelings of guilt, anger and ultimately make you feel that you “must” follow them for the good of your body. That’s certainly not how anyone should feel about food. I asked top nutrition experts from around the country about misinformation they often find on social media. Here’s what they said.

Both Joan Salge Blake, EdD, RDN, LDN, FAND, a nutrition professor at Boston University and the host of the health and wellness podcast Spoton! and Regan Jones, RDN podcaster and blogger at This Unmillennial Life, say that the biggest nutrition fallacy they see online is the advice to avoid white foods.

“The biggest myth is that white foods, such as pasta and white vegetables, are nutrition slackers compared to whole grain and more colorful, phytochemical-rich veggies,” explains Salge Blake. “This is totally wrong.” Pasta is fortified with riboflavin, niacin, thiamine, iron and especially folic acid, a B vitamin that is critical for pregnant women – and many don’t consume enough folic acid in their diets. Similarly, a cup serving of potatoes (about one small baked potato) costs less than 20 cents, yet will provide over 650 milligrams of blood pressure-lowering potassium. Because most Americans don’t get enough of this nutrient, a potato is a cheap way to fight high blood pressure. In addition, Jones explains that white foods like Greek yogurt, natural aged cheeses and milk, potatoes and even many enriched grains can contribute significant amounts of nutrients: calcium in dairy, fiber and potassium in potatoes and B-vitamins in enriched grains. “Ironically, one of the most popular veggies these days just happens to be white – cauliflower!” Jones notes.

Many folks believe that caffeinated drinks cause dehydration and therefore don’t count towards your daily fluid intake. I see this nutrition misinformation regularly online, as does Samara Abbott, MSEd, RD, LDN and owner of G&G Nutrition Co. who says, “While caffeine does have a mild diuretic effect, studies show that moderate intake of caffeine is not actually dehydrating to the body.” It’s really about the total caffeine you take in throughout the day, as well as the healthfulness of the beverages you’re consuming. According to the 2015-2020 Dietary Guidelines for Americans, moderate coffee consumption is 3 to 5 8-ounce cups, or no more than 400 mg of caffeine per day. This is based on a standard brewed cup of coffee, which contains 95 mg of caffeine per 8-ounce cup.