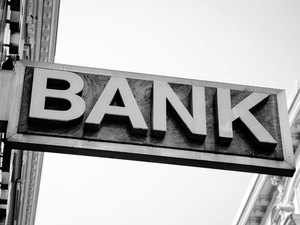 India, the world’s fastest growing large economy, is slowing: There has been a visible deceleration in activity in the past six months. It started with slowing sales of autos and some durable goods and has spread from there. Airline traffic growth is down; companies are now saying sales of consumer staples such as soaps and detergents have begun to weaken, too. Even as the hunt for reasons for the slowdown begins, the main culprit appears to be a familiar one: the still largely government-owned financial system.

The issue is that there isn’t enough money in the economy. For much of the past two years, distributors and retailers of consumer products have been warning of a growing lack of liquidity. At first, policymakers largely dismissed their concerns. The government’s late 2016 decision to withdraw most currency from circulation temporarily, and the introduction the following year of a nationwide goods-and-services tax, made it hard to decipher signals on economic momentum. Plus, liquidity, as the central bank measures it, generally looked stable: Banks were still parking funds with the Reserve Bank of India overnight.

Now that the GST is more than a year old and the effects of demonetization have faded, the growth numbers are less distorted by base effects and the slowdown is becoming more obvious. So is the lack of liquidity: For the past two years, growth in money supply, as measured by M3, has lagged GDP growth; the M3-to-GDP ratio has declined sharply from 85 per cent to below 80 percent. Though aggressive purchases of government bonds by the RBI have caused base money or M0 (much of which is currency in circulation) to grow at 16 percent in recent months, it is still about 1 percentage point of GDP lower than its level before demonetization.

Obviously, the engine that converts the Rs 28 lakh crore of base money (M0) to the Rs 154 lakh crore available as broad money (M3) is malfunctioning. The bottleneck is in the financial system. Money gets created when loans are given and, even though bank credit growth has accelerated in the past few months, aggregate credit growth is still far too weak.

A reluctance to privatize the financial system is to blame. State banks continue to dominate the sector, controlling some two-thirds of banking assets. They also accounted for nearly 90 per cent of the non-performing assets from the last lending boom. While all sides of the political spectrum acknowledge the need for reform, governments have shied away from selling off state lenders outright, preferring to reform the sector by stealth. The hope has been to slow the growth of state-owned banks and allow privately owned rivals to gain market share. In another 15 or 20 years, the theory goes, the sector would effectively have been privatized. A similar strategy worked for the telecom and airlines sector, after all.

The problem is that state banks continue to have a very large role in the economy. As they slow, they drag down the economy, too; private-sector banks simply can’t grow fast enough to make up the difference. For a time, non-banking finance companies could help: Shadow banks were responsible for nearly a third of incremental loans in the system over the past three years. But, since September last year, when a funding crunch forced them to focus on survival, credit growth in the system has slowed.

After elections, the next government should not dodge the need for more radical reforms. If state-owned banks are asked to start growing again, the risk of future bad loans goes up. On the other hand, if nothing changes, the economy will remain sluggish. While both major political parties have talked of consolidating state lenders into about half a dozen larger banks that should be easier to administer, more ambitious reforms will almost certainly be necessary — at the very least, to remove them from the government’s direct control.

Other factors may also be contributing to the current slowdown in demand. The raises for government workers mandated by the last pay commission have started to dwindle in their impact, for instance. And, the central bank’s Monetary Policy Committee could certainly help matters by cutting rates faster, especially since the RBI’s own inflation forecasts for the next 12 months are lower than its 4 percent target. Lower rates can help bring down bond yields and provide some stability to the non-banking side of the financial system.

But rate cuts are no panacea. If the economy is to start growing again, the government may have to take an ax to state banks, not a scalpel.