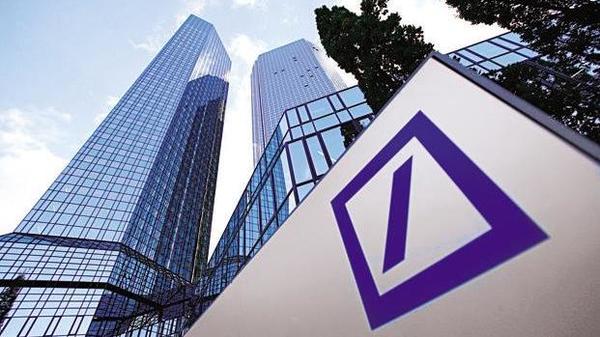 New York: Deutsche Bank AG said it was open to further restructuring of its US investment bank after Commerzbank AG executives sought clarity on its plans during merger talks, according to three people familiar with the matter.

The future of the bank’s US trading and investment banking presence had already been in question, with some shareholders calling for further cuts on top of ones announced last year. Speculation has intensified following confirmation of the merger talks last month.

Among the options floated by the bank during the talks were a further scaling back of its US equities business, including prime brokerage services for hedge funds, and reductions at its corporate finance business, the people cited above said.

Commerzbank wanted reassurances that Deutsche Bank was prepared to make deeper cuts at its loss-making US business as a condition of proceeding with the merger talks, the people said.

The two banks have been in discussions on the potential deal over the past three weeks and a decision on whether to intensify or terminate the discussions is expected as early as this weekend, the people said.

It is unclear how many of the bank’s 10,000-strong US employees would be affected by any new cuts. Last year, the bank said it would reduce its global headcount to below 90,000 from 97,000. That included a 25% cut in equities sales and trading jobs, including a significant number in New York.

In a research note published on Friday, analysts at KBW said Deutsche Bank could cut up to 15% of its investment banking staff globally, equivalent to around 2,500 jobs, to achieve cost savings required to make the deal work.

David Hendler, an independent analyst at New York-based Viola Risk Advisors, which specializes in risk management, said he thinks the majority of the cuts would be outside Germany.

“If you want to reduce the pain for the staff in Germany, you have to cut more in New York and, maybe, London also. Deutsche Bank does not have a competitive advantage in investment banking in the United States,” he said.

Deutsche Bank’s chief executive, Christian Sewing, said in a memo to staff last month the bank aimed to remain a global bank with a strong capital markets business. Commerzbank’s chief executive, Martin Zielke, believes a strong and focused investment bank would be a good addition to the lender, according to a person familiar with his thinking.

The German government, which has pushed for a merger to create a national banking champion, wants the combined business to retain an investment bank capable of supporting German companies doing business around the world, the sources said.

A deal between Deutsche Bank and Commerzbank would give the combined bank a dominant position in its domestic market and improve its cost of funding. However, some analysts believe the deal fails to address Deutsche Bank’s biggest problem, its underperforming and capital-intensive US investment bank.

Commerzbank has limited investment banking operations so there are few opportunities to generate cost savings in that part of the bank, leaving Deutsche Bank still striving to turn around a business that has weighed on its earnings.

After the 2007-2009 financial crisis, Deutsche maintained a large presence on Wall Street, even as European rivals like Credit Suisse made big cuts.

Deutsche Bank’s US business has brought in around half of revenue for its overall investment banking unit, which includes corporate and investment banking as well as trading. However, the business, encumbered by litigation and regulatory investigations into past misconduct, has struggled to compete with Wall Street rivals.