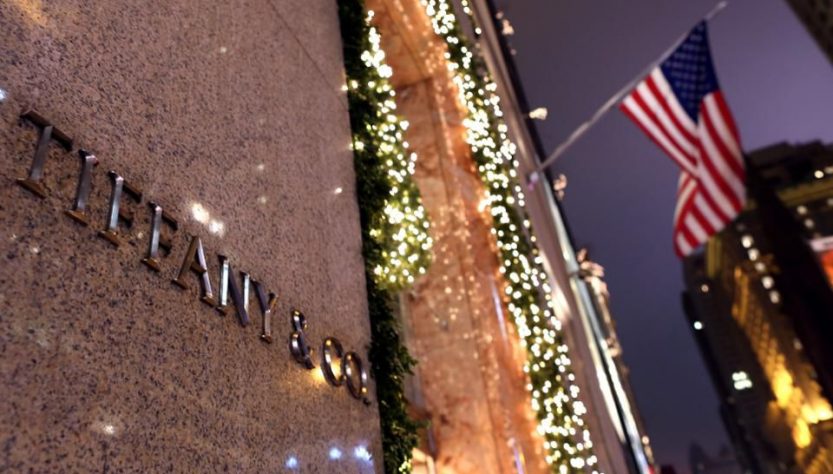 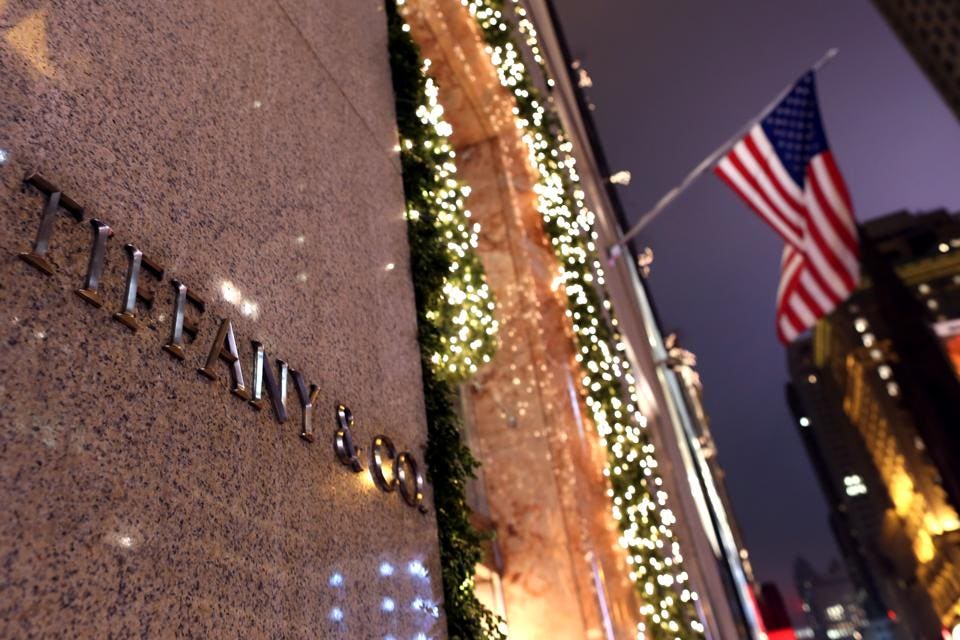 Holiday 2018 sales were a huge disappointment for Tiffany & Company. Comparing results for the last two months of the year, global net sales declined 1% and comparable store sales were off 2%, according to a company statement. Except for 4% growth in Japan, revenues were off in all reporting markets: Americas -1%; Asia-Pacific -3%; Europe -4% and other -11%.

However, CEO Alessandro Bogliolo noted that sales grew by double-digits in mainland China, though a decline in tourist spending in other countries in the Asia-Pacific region dragged results down there.

“Overall holiday sales results came in short of our expectations, which had called for modest year-over-year growth,” he said, citing a decline in Chinese tourist spending and “softening demand attributed to local customers in the Americas and Europe, which we believe may have been influenced more than expected by external events, uncertainties and market volatilities.”

Admittedly Tiffany was going up against strong comparables from holiday last year, in which global sales grew 6%, with Americas up 6%, Asia-Pacific up 8%, Europe up 5%, but Japan flat. Last year the company’s Fashion Jewelry and High, Fine and Solitaire Jewelry lines gave a bump to sales.

Holiday sales are focal for jewelry retailers in general, and Tiffany in particular. Last year the final two months of the year contributed about 25% to the company’s overall $4.2 billion in sales. Further the Americas is its most important region, accounting for 45% of total sales last year.

Steady decline in growth throughout 2018

Despite disappointing sales in holiday 2018, Tiffany continues to expect fiscal 2018 to end on a positive note, up by 6-7% year-over-year. But as 2018 progressed its prospects dimmed each consecutive quarter. Starting on a high of 15% YoY sales growth in first quarter and 12% in second quarter, the company gained only 4% in the third quarter.

The trajectory in the Americas region followed a similar, though less dramatic decline throughout the first three quarters of 2018, from 9% growth in first quarter, 8% in second and 5% in third.

Now with sales off in November and December, a lot is riding on January 2019 sales to keep sales growth positive to end the fourth quarter.

On that score, managing director Oliver Chen of Cowen and Company is not optimistic. “We now model FY18 comps of +4.0% and 4Q18 comps of -.08%, which implies a sequential decline in January vs. the holiday period. We view that January comps can be as low as -3%,” he writes in a research memo.

Weakness in luxury jewelry sales is not evenly distributed

While 2018 has been challenging for Tiffany, it has not been so for other important players in the luxury jewelry market.

For the third quarter ending December 31, 2018, Richemont reported 8% sales growth in its Jewellery Maisons on a constant exchange basis. This group is led by Cartier and Van Cleef & Arpels. Overall Richemont’s sales in the Americas rose 9% and it attributed “good performance by the Jewellery Maisons” to much of that growth.

Likewise, LVMH’s Watches and Jewelry group reported 14% growth for the first nine months of 2018, citing excellent performance in the Bvlgari brand and steady progress in Chaumet and Fred.

Richemont’s and LVMH’s vibrant 2018 growth in jewelry contrasts sharply with declining prospects at Tiffany . In a global luxury jewelry market (not including watches) estimated to reach €18 billion in 2018, jewelry will join shoes as top growth categories, rising 7% each, according to Bain & Company’s annual luxury study. By contrast, luxury watches is nearly twice as large, €37 billion, but will be stalled with 0% growth year-over-year.

Jewelry retail is booming in the U.S.

On the home front, Tiffany should be benefiting from a strong retail jewelry market. At least through October 2018, jewelry retailers were up 10% year-over-year, making it one of the top performers in an overall retail market growing 5.4%, according to the U.S. Census Monthly Retail Trade survey. Not until the government reopens will we get updated reporting.

Both U.S. stalwart jewelry retailers, Tiffany at the luxury level and Signet’s in the mass-and-premium space, are faltering in a U.S. retail jewelry market that is enjoying rapid growth, at least through October.

Without a doubt Tiffany’s is facing aggressive competition in the luxury space from LVMH and Richemont. And in the U.S., its retail is not being lifted by the rising tide in the jewelry retail sector overall.

Cowen’s Chen looks favorably on Tiffany’s focus on new product launches and sophisticated marketing efforts in 2019. Perhaps Tiffany needs to put more focus on even newer new products and marketing or align the two better, since it has been aggressively doing both in 2018. But neither apparently has done the trick, as the steady decline in quarterly growth suggests.

Case in point: Tiffany’s Paper Flowers collection, the first launch by Reed Krakoff, the company’s new chief artistic officer, mid-year. To my eye it’s a beautifully designed and executed line, but its luxury price point, starting at $2,500, is aimed at the traditional luxury ultra-affluent customer, not the less financially-endowed, younger HENRYs (high-earners-not-rich-yet), as were its two other recent, pre-Krakoff collections, HardWear and Tiffany T.

For Paper Flowers’ launch, Elle Fanning was selected as the collection’s “It Girl.” Only 20-years old, she is the younger sister of Dakota Fanning, who has a longer track record in film and more fame as a result. 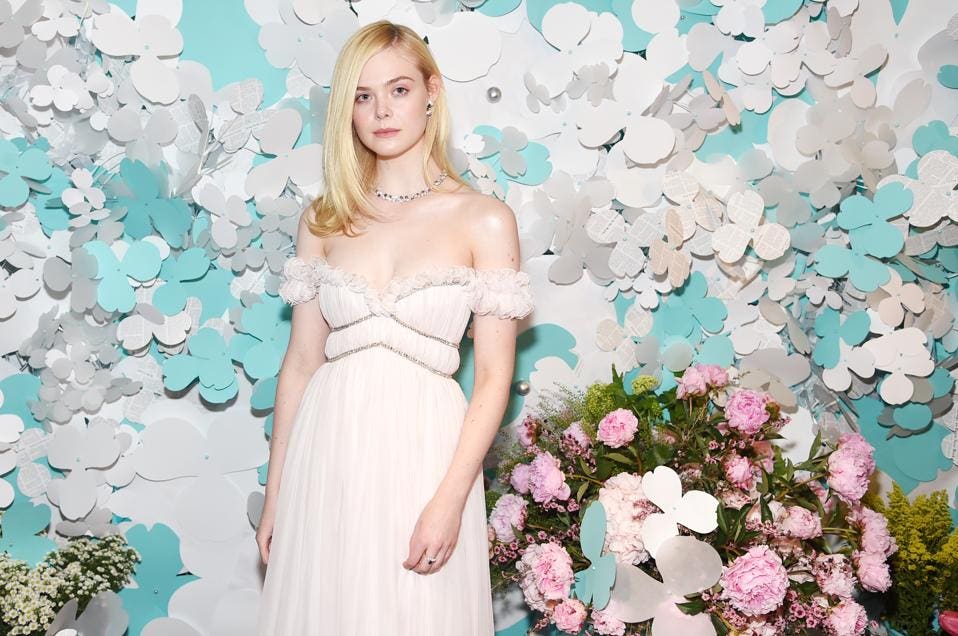 Which leads me to ask, why Elle Fanning, someone this baby boomer had to look up on Wikipedia? Admittedly, she was selected to appeal to the younger generation that Tiffany covets, but wouldn’t a slightly more mature celebrity that could span the generations be more appropriate? Or even one who can drink champagne?

Then there is the collections’ price, which starts at $2,500 to $16,000 currently for diamond cluster earrings in platinum. I don’t know many 20-somethings that can afford it, other than trust-fund babies and celebs like the Fanning sisters.

For its Holiday 2018 campaign, Tiffany aimed for a slightly older demographic, featuring a 30-year old Zoë Kravitz, daughter of musician Lenny Kravitz and actress Lisa Bonet, but another who lacks immediate recognition to this more mature consumer.