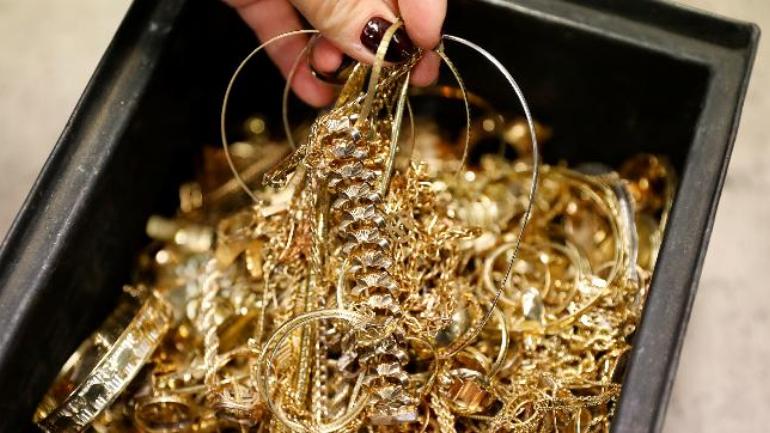 The manager of idol theft accused Kiran Rao was duped of jewellery worth Rs 12 crore and Rs 8 lakh cash on Sunday by a gang that posed as police attached to the idol theft wing.

Rao is a Chennai-based entrepreneur with interests in antique jewellery.

Dayanidhi, the manager, was returning to Chennai with four other employees from an event in Madurai where they had exhibited jewellery studded with diamonds along with other precious stones. The group took a break at the Paranur toll plaza in Chengalpet around 2.50 pm, reported The Times of India.

He was stopped by some men in plain clothes when he was walking back to his vehicle. The men identified themselves police with the idol wing and said that they wanted to ask him some questions. They took him to their Innova, which was parked nearby.

The men asked Dayanidhi’s colleagues — three men and a woman — to get off the car and started interrogating them too.

The manager alleged that while they were being interrogated, one of the men who posed as a policeman stole the jewellery from their car. He further claimed that the man hid the booty in the gang’s Innova and sounded the all clear.

The police have collected the CCTV camera footage from Paranur and Oragadam to trace the gang.

Dayanidhi alleged that the gang also took away their cellphones.

Near Oragadam, the gang stopped and released Dayanidhi, and asked him to appear before the idol wing CID police office on Monday morning for an inquiry, after which the gang got into their vehicle and drove away.

After Dayanidhi returned to his car and asked his aides whether the jewellery was safe, they realised it was missing and that they had been cheated.

The victims could not call anybody as the gang had taken away their mobile phones.

They informed Kiran Rao about the sequence of events from a PCO, police said.

Later, on the instructions of Rao, Dayanidhi lodged a complaint with the Chengalpet taluk police station.

Thenmozhi told the media, “We have collected CCTV footage from Paranur to Oragadam. A special team has been assigned to track the vehicle that drove away with the valuables from Oragadam.”

Kiran Rao sells antique jewellery across India. She also collected some artefacts, including stone idols and pillars, from idol smuggler suspect Ranvir Shah for her restaurants on Chennai’s Whites Road and Abhiramapuram.

After Ranvir Shah was questioned by the idol wing police, Rao asked her manager Dayanidhi to shift all the artefacts from her restaurant to her guesthouse in Poes Garden.

In October, the police had unearthed the artefacts buried in front of her guesthouse.

Dayanidhi was also questioned by the police in the matter by the idol wing CID police personnel and Kiran Rao was also summoned a few times to appear before the investigation officers in Kumbakonam.

Kiran Rao and Ranvir Shah were granted anticipatory bail in December last year in the idol theft case by the Madras High Court.